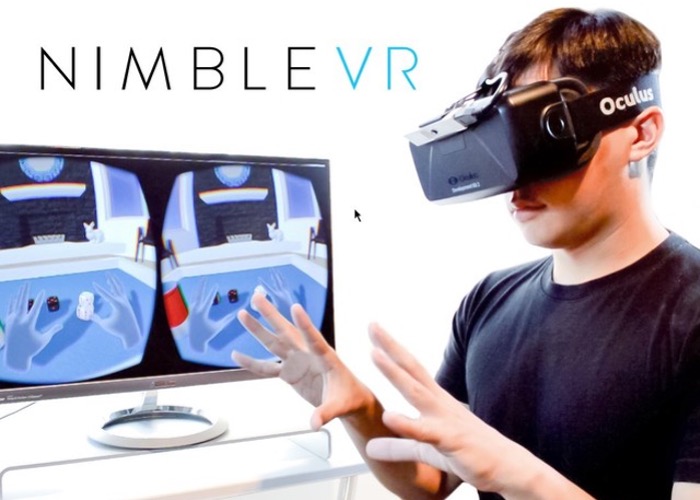 Developers that are currently working with the awesome Oculus Drift virtual reality headset that was designed by Oculus VR and later purchased by Facebook for a cool $2 billion. Might be interested in a new depth sensing camera called Nimble Sense that has been specifically designed to be used with the Oculus Rift.

Nimble Sense is capable of capturing a 3D point cloud across a 110 degree field of view and has been combined with skeletal hand tracking software to provide low latency accurate and input. Watch the video below to learn more about this new innovative virtual reality sensing system.

Developers interested in helping the Nimble Sense virtual reality system expand further can now back the project from as little as $99 and be one of the first to use the new Nimble sensor.

“The Nimble Sense uses time-of-flight technology — composed of a photonic mixer device and a powerful, but eye-safe laser to capture a detailed 3D point cloud and an infrared image of the world.  This 3D point cloud is interpreted by our skeletal hand tracking software to track the location, identity and joint angles of each finger.

All of this information is exposed through an API, allowing software developers to design applications that allow you to pick up pieces on a virtual game board, control and manipulate virtual objects, and experience being in virtual reality like never before. Our skeletal hand-tracking technology is accurate, low-latency and robust.  We believe it’s the best in the world.

For more information on the new Nimble Sense VR system that has been optimised for use with the awesome Oculus Rift virtual reality headset, jump over to the Kickstarter website for details via the link below.