Nikon has pulled the wraps off a new digital camera today called the Coolpix S32. This digital camera is designed to be easy enough to use by people of all ages and strong enough to survive use by kids in harsh environments. The camera is called the Coolpix S32. The camera is waterproof and shockproof. Nikon says that it will survive drops from up to 5-feet in the air and water at depths up to 33-feet. 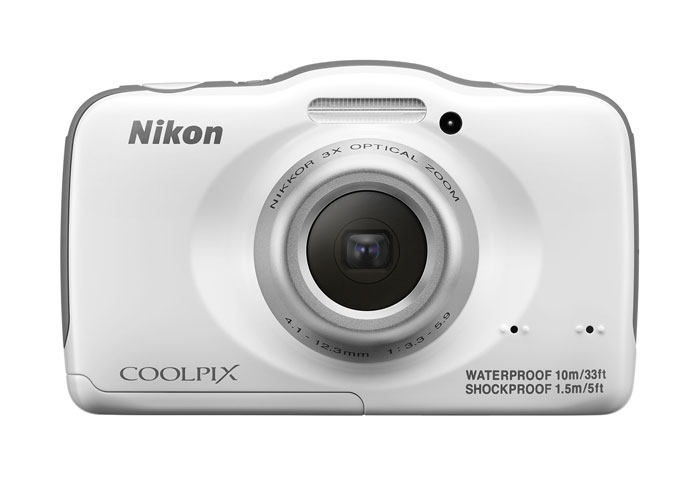 That means you can go diving with the camera without worrying it will get broken. The camera also has a 2.7-inch LCD that has an easy to use graphics interface. That interface and the camera controls are designed for ease of use to allow anyone to operate the camera with ease. The camera has a resolution of 13.2MP.

It uses a CMOS sensor and has 3x optical zoom. The camera also supports an in camera slide show for viewing images that you have taken on the 2.7-inch LCD. Other features include Motion Detection, Smart Portrait System, and Scene modes and Effects. The camera will ship in March for $129.95. It will be offered in white or blue colors.