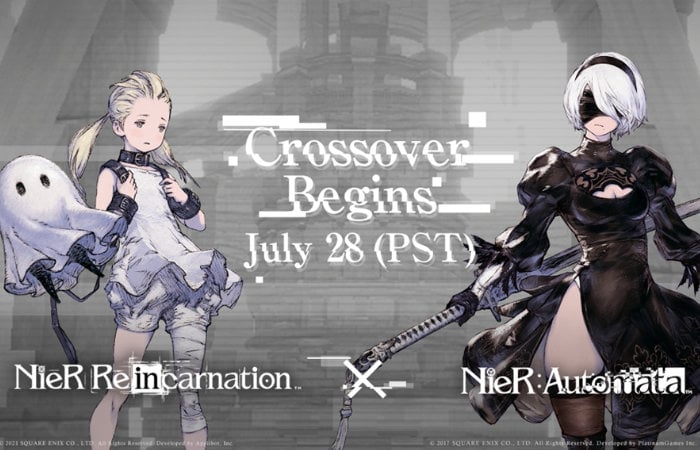 Gamers waiting for the highly anticipated worldwide launch of NieR Reincarnation later this month on July 28th 2021, might be interested to know that Square Enix has announced a new in-game crossover with NieR:Automata. NieR Re[in]carnation launched in Japan during February of this year and offers gamers a role-playing game set in the realm called The Cage. During the games development series creator Yoko Taro acted as creative director, with Square Enix’s Yosuke Saito acting as co-producer.

Within NieR Reincarnation you take on the role of The Girl of Light, who is guided through The Cage by a ephemeral-like being called Mama, unlocking memories of the past while avoiding a black armored creature called The “Dark” Monster. Check out the announcement video below to learn more about the NieR Re[in]carnation and NieR: Automata crossover event.

“Prospective players can still pre-register ahead of the NieR Reincarnation July 28, 2021 launch through the AppStore and Google Play. Upon reaching 600,000 pre-registrations, all players will receive enough gems to complete 15 Summons for free, in addition to various valuable materials needed to enhance characters.”

“Fans of the NieR series can also jump into NieR Replicant ver.1.22474487139…, the critically acclaimed re-telling of NieR Replicant for modern consoles, which has surpassed one million units shipped and digitally sold. This title is now available on the PlayStation 4 computer entertainment system, Xbox One family of devices including Xbox One X, and PC (Steam ). “