Yesterday we heard a rumor that Sprint were going to release the Google Nexus 5 Android 4.4.3 update, and the update is now apparently available for the Nexus 5 on Sprint.

As yet there are no details on what is included in the Nexus 5 Android 4.4.3 update on Sprint, and it is not clear when the update will be available for the Nexus 5 on other carriers. 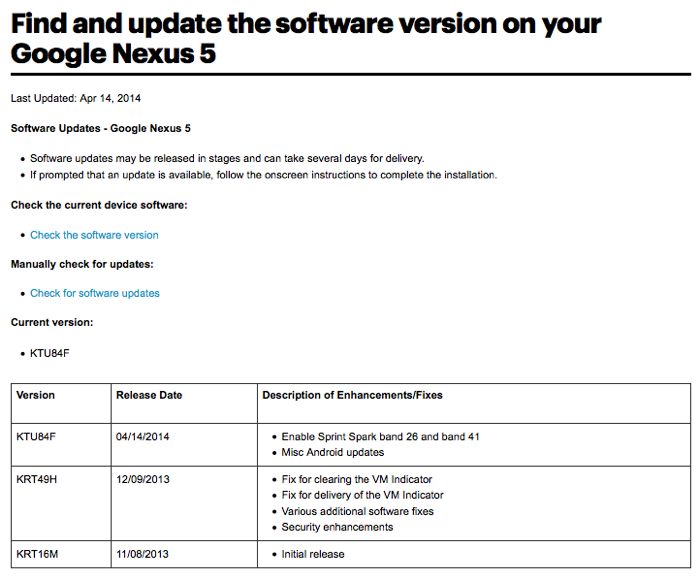 If you have received the Android 4.4.3 update on your Google Nexus 5 on Sprint, leave a comment and let us know, If you haven’t received the update as yet, you can check to see if it is available through the setting menu.

We previously heard that Google were expected to release the Android 4.4.3 Kit Kat update over the next few weeks, so we suspect it will start rolling out to other Nexus devices shortly.

As soon as we get some more details on when the Android 4.4.3 update will be available fro Google’s Nexus range of smartphones and tablets, as well as other devices, we will let you guys know.