Squarehead have developed a new microphone that is capable of singling out one conversation within a crowded room. The Squarehead’s Audioscope system allows you to zoom in the mic on certain areas of interest.

For example within a sport match say an argument breaks out between players and the crowd goes wild, shouting and booing. With the Audioscope system you can zoom in to hear what the players are saying to each other, despite the surrounding noise. Watch the video after the jump to see it in action. 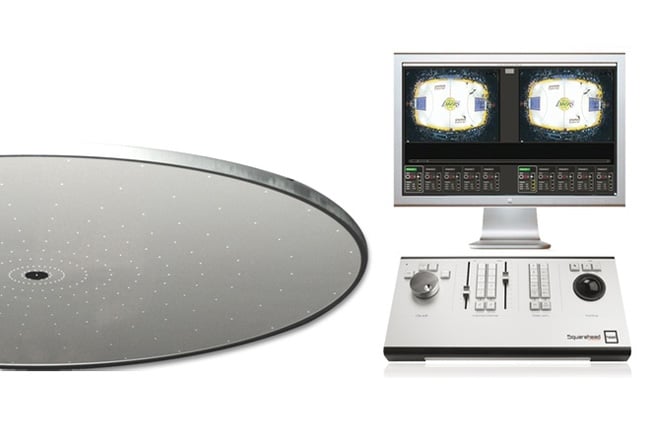 The Audioscope is the invention of two Norwegian physicists Morgan Kjølerbakken and Vibeke Jahr. Its built using 325 microphones sitting in a carbon-fiber disk with a wide-angle camera in the center of this disk.

Once an area is pinpointed using the camera, the Audioscope works out how far that spot is from each of the mics, corrects for delay and then synchronises the audio from all 315 of them.

Sport matches will never be the same again. More information about the system can be found on the Squarehead website.