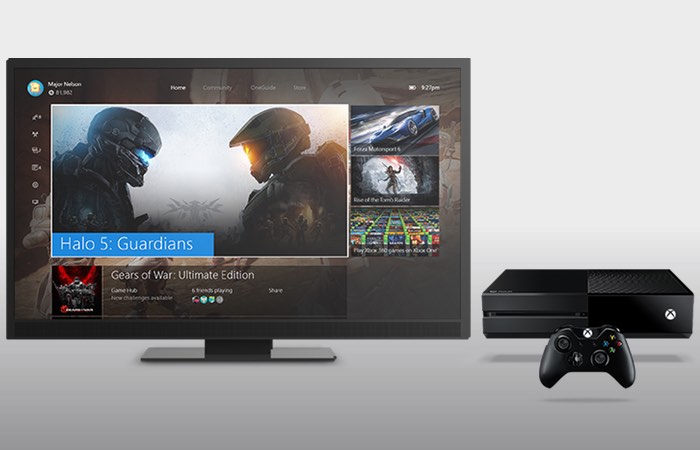 With the new Xbox One Experience officially launching later this month on November 12th 2015, Microsoft has been gearing up for the updates roll-out by providing details on the features that you can expect to enjoy within the new Xbox Experience.

The latest video to be released by Major Nelson sheds more light on the Game Hubs within the Xbox One Experience, with Larry Hryb and Richard Irving (Partner Group Program Manager for Xbox One) walking you through the new features.

In the four minute video below you can learn more bout the Game Hubs on the New Xbox One Experience, including details on Leaderboards, game specific Activity Feeds and more. Major Nelson explains :

Now, Game Hubs themselves have been part of Xbox One for a while, but we’ve re-imagined them from the ground up, to bring everything you want to know about a game into one place. For starters, our new Game Hubs are always at your fingertips: The Game Hub for each game in your recently played games list is just a button press away, enabling gamers frictionless access to contextual game information.

You can also follow your favorite games to receive updates and posts from the game developer, which will be delivered right to your Activity Feed. This makes it much easier to stay up-to-date on what’s going on with your most-played games. You can also quickly see which of your friends play the games that you own, and join them in a Party or multiplayer session, right from the Game Hub. And you can even view the community’s most popular Game DVR clips and screenshots for each game. We’re pretty thrilled with all of this improved social connectivity; our mission with the new Game Hubs is to make it as easy as possible for you to keep current on your favorite games, and easily find friends to play them with.

We’ve also crafted an improved Achievements experience. All of your Achievements are viewable straight from each Game Hub – along with stats on how you’re doing in a given game, with stats such as time played, game progress percentage, overall Gamerscore, and lots of game-specific stats. You can also quickly check a variety of leaderboards to see how you stack up against your friends, and compare your Achievements progress with them.

Last but not least, to the right of Home, you’ll find the Community section. Community helps drive a more social Xbox One experience with the Xbox Live community. This includes posts from your friends, updates on games that you follow, and access to your activity feed – so that you are always current on the friends and games you care about.