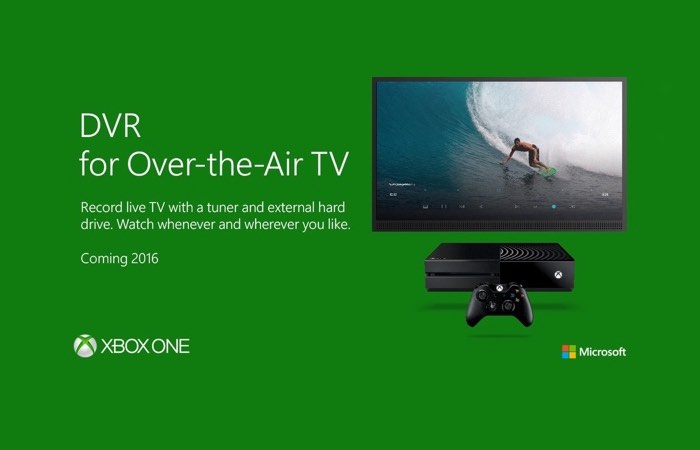 It’s been no secret that Microsoft has been developing Xbox One DVR features to be released to the console at some date in the future after is was announced by Microsoft last year.

However Paul Thurrott is now reporting that an Xbox One update will soon be rolling out that will bringing support for the new Xbox One DVR or digital video recorder features.

Within the US and Canada the Xbox One is already capable of watching live TV by connecting a Hauppauge TV tuner however the sources close to Thurrott an hour indicating that the new DVR feature could roll out very soon.

Unfortunately though at least in the US it seems that the new Xbox One DVR feature will not function with encrypted videos from cable or satellite TV providers at the current time. Although this has not been confirmed as yet and will be put to the test once the new Xbox One console media centre update is rolled out by Microsoft. Thurrott reveals more information from his source :

Microsoft is now internally testing an update for Xbox One called “Xbox One Threshold Beta 1603 System Update,” or th2xboxrel_1603.160308-1900. This update allows the console to record freely-available OTA TV, and it even works while you’re playing games, watching live TV, or when the console is sleeping.

As you might imagine Microsoft has not confirmed or denied any of the details regarding the rollout of the Xbox One DVR content but as soon as more information is made available we will keep you up-to-date as always.