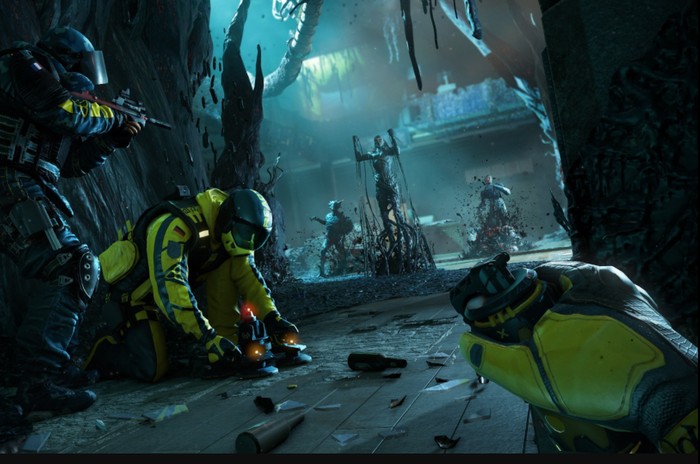 Gamers will be pleased to know that a wealth of new games will be arriving this month on the Xbox Series X|S, Xbox One, and Windows PC. Mike Nelson, Xbox Wire Editor has taken to the official Xbox new site to announce all the new Xbox games arriving in January 2022. In a few days time Tom Clancy’s Rainbow Six Extraction will be available on the Xbox platform from January 20th 2022 and will be available to play via the Microsoft Xbox Game Pass, PC Game Pass and has been specifically optimized for Xbox Series X|S consoles and features Smart Delivery.

Tom Clancy’s Rainbow Six Extraction takes the form of a tactical 1 to 3 player co-op PvE FPS where you’ll unite the elite Operators from Rainbow Six Siege against a deadly alien threat known as the Archaens. Assemble your team, coordinate your assault, and risk everything to make sure that no one gets left behind! Pre-order now for the bonus pack, Orbital Decay Bundle. Available on Cloud, Console, and PC.

“Welcome to Next Week on Xbox! In this weekly feature, we cover all the new games coming soon to Xbox Series X|S, Xbox One, and Windows PC as well as upcoming Xbox Game Pass and soon-to-be released ID@Xbox games! You can get more details on these games below and click their profiles for pre-order details when available (release dates are subject to change). Let’s jump in!”