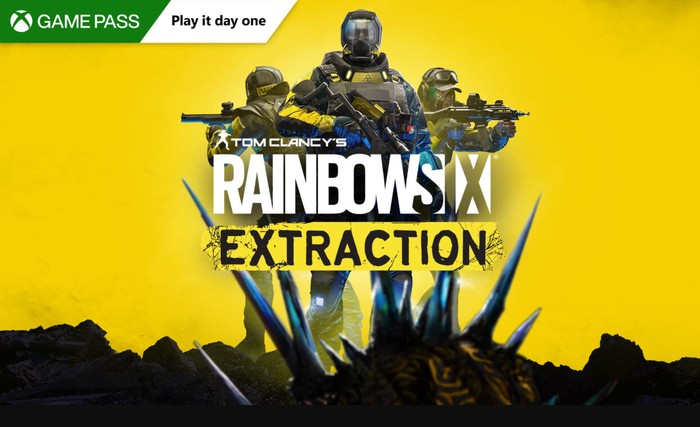 Major Nelson has released a new episode in the ongoing This Week On Xbox series features the latest Xbox news and highly anticipated Tom Clancy’s Rainbow Six Extraction game that will be officially launching later this month and available to play from January 20, 2022 onwards. Rainbow Six Extraction will be available to play on the Xbox Cloud, Xbox Game Pass, Xbox One and Xbox series X|S as well on the PC, PlayStation, Google Stadia and Amazon Luna platforms.

Rainbow Six Extraction was previously known as Rainbow Six Quarantine and offers a tactical shooter developed by Ubisoft Montreal offering a cooperative multiplayer game during which three players can team up as a small effective group of Operators to infiltrate an alien infested location.

“Each play session, known as an “incursion”, is made up of three interconected sub-maps, and players will be assigned any one of the twelve objectives randomly in each sub-map. The location of the objectives and the placement of enemies are procedurally generated. Once the player secured their objective, they can choose to extract themselves, or explore the next sub-map. New area would be more difficult than the previous one, but players would receive more rewards by completing them successfully. Extracting early ensures that all the operators would be safe. If an operator is taken down by enemy, they will become missing in action, and players cannot play as them until they have rescued them in an extraction mission. Characters which are severely injured in the previous mission will also remain hurt and will only recover slowly.”

Don’t forget you can watch This Week On Xbox from the Community section of the Xbox One dashboard in Canada, the UK and the US or watch it on the Xbox YouTube channel (This Week on Xbox Playlist). It is worth noting that even though Sinking City has been featured in this week’s video it has been removed as part of this week’s Free Play Days event for Xbox Live Gold and Xbox Game Pass Ultimate members.