The first generation Xbox had problems with the Red Ring of Death (RROD), when the console got to warm, and once this happened you pretty much had to send it to Microsoft to get it fixed.

We have already heard that the new Xbox 360 now has a RDOT, which lets you know when there is something wrong with the console, usually a hardware failure. 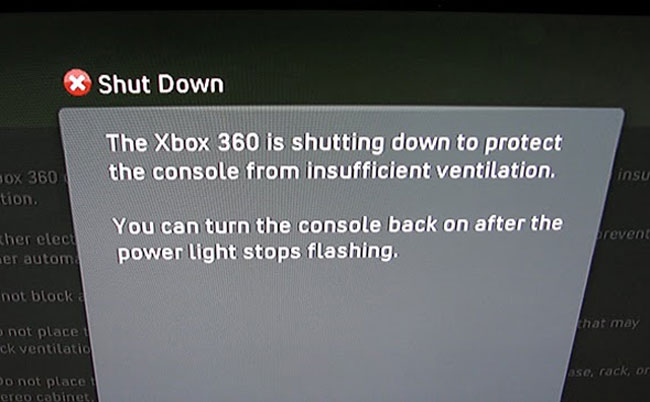 It seems Microsoft now has a solution to overheating consoles on the New Xbox 360, when it gets to hot, it will automatically shut itself down, as you can see in the message above.

Hopefully this will mean that the Xbox 360 will shut itself down before it gets damaged, and thus avoiding a RDOT.