Just a few hours after Apple [AAPL] released their new unibody MacBook, the guys over at iFixit have taken their screwdrivers to it and taken it apart. 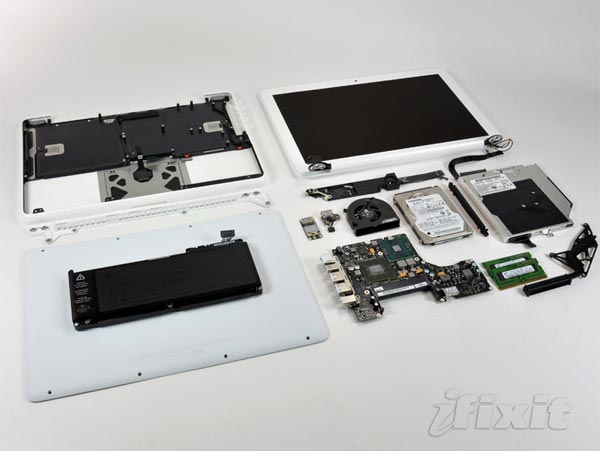 Inside the new polycarbonate unibody Macbook, the iFixt guys found an LED backit display with the same 1280 by 800 resolution as previous models, an integrated lithium-polymer battery, and a glass multitouch trackpad.

Head on over to iFixt for more photos and details.