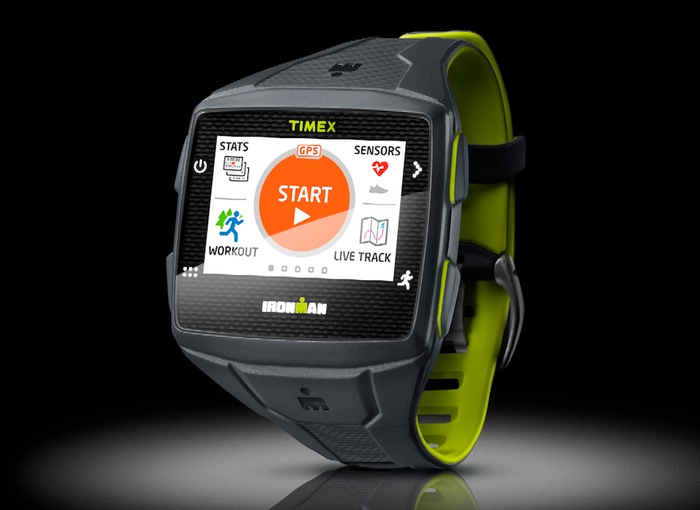 Timex has unveiled a new addition to their range of smartwatches designed for athletes this week with the launch of the new Timex Ironman One GPS+, that comes equipped with standalone 3G connectivity allowing it to be used without the need to connect it through your smartphone.

The integrated 3G connectivity enables users to track and upload their runs, assign contacts to monitor their runs as well as broadcast their location directly from the watch. Watch the video after the jump to learn more about the new Timex Ironman smartwatch and its features.

The Timex Ironman One GPS+ is fitted with a 1.5-inch Mirasol display, While Qualcomm is supplying the Brew platform the watch runs on. The Timex One GPS+ connects to AT&T’s 3G cellular data network and comes supplied with a years free 3G data included in the initial purchase price.

Whilst using the integrated 3G data connectivity the Timex Ironman is capable of running for eight hours on a single charge, or three days when the 3G data connectivity is turned off. Other features of the athletic smartwatch include 4GB of internal storage for music which can then be transmitted wirelessly using Bluetooth to your headset.

The new Timex Ironman One GPS+ is now available to preorder for $399 in the US and is expected to be released internationally in the coming months. However at the current time Timex has not revealed official international release dates or prices.