If you fancied being able to have a bionic eye similar to that used by the $6 million man to zoom in on faraway objects. New technology unveiled this week is bringing the science fiction closer to reality with the creation of telescopic contact lenses.

The new telescopic contact lenses has been developed that measures just 1.17mm in thickness but is capable of providing telescopic viewing via a 2.8x optical zoom feature. 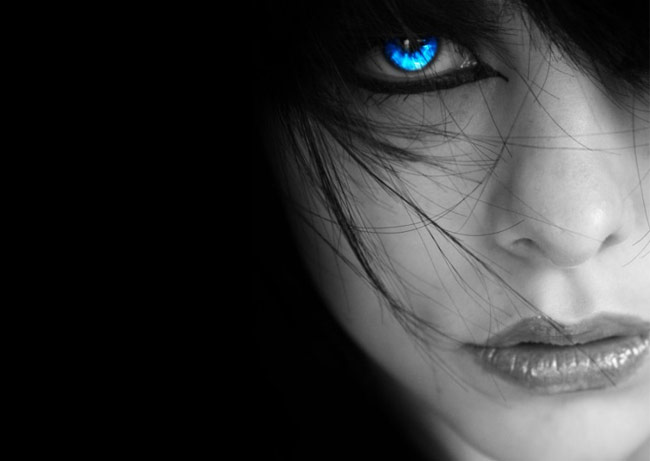 An international research team led by Joseph Ford of UCSD and Eric Tremblay of EPFL created the new contact lens, who explain in their paper released this month:

“We present design and first demonstration of optics for a telescopic contact lens with independent optical paths for switching between normal and magnified vision. The magnified optical path incorporates a telescopic arrangement of positive and negative annular concentric reflectors to achieve 2.8x magnification on the eye, while light passing through a central clear aperture provides unmagnified vision.

We present an experimental demonstration of the contact lens mounted on a life-sized optomechanical model eye and, using a pair of modified commercial 3D television glasses, demonstrate electrically operated polarization switching between normal and magnified vision.” 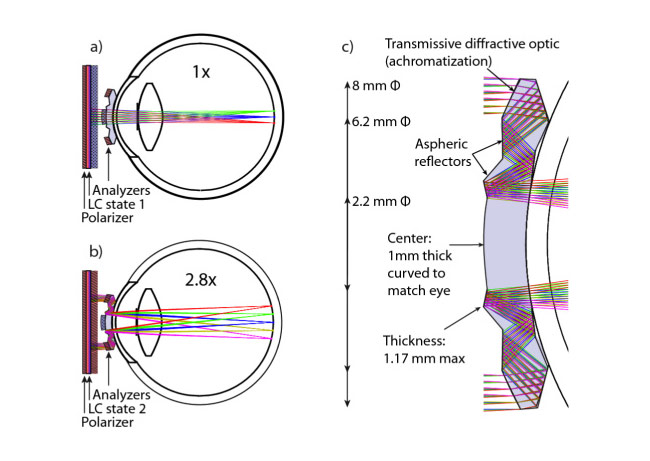