A new teaser trailer has been released this week for the upcoming new Star Trek Into Darkness movie directed by J. J. Abrams.

The latest Star Trek Into Darkness movie stars Chris Pine, Zachary Quinto, Karl Urban, Zoe Saldana, Anton Yelchin, Simon Pegg, John Cho, and Bruce Greenwood who all return in the second movie in the new series in their roles from the previous film, Star Trek released back in 2009. 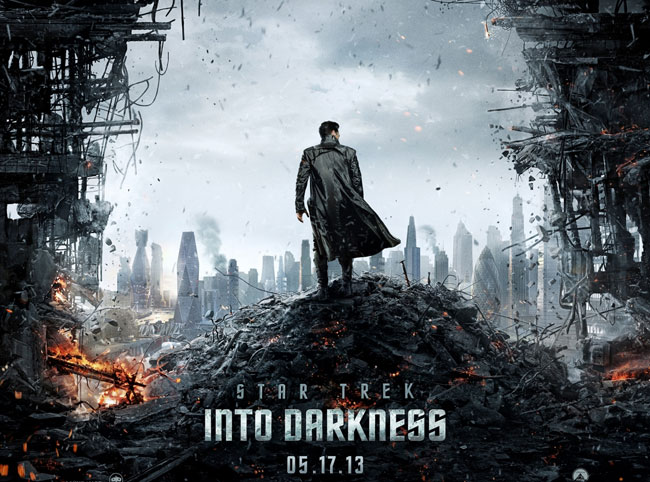 The plot of the new Star Trek Into Darkness movie: “After being called back home, the crew of the Enterprise find a seemingly unstoppable force which has attacked Starfleet and left Earth in chaos. Captain Kirk and the crew of the U.S.S. Enterprise are tasked with leading the deadly manhunt to capture the party responsible and settle an old score.”

Star Trek Into Darkness will be officially arriving in theatres on May 15th, in large format theatres throughout the US and then on May 17th across all other theatres in the US.