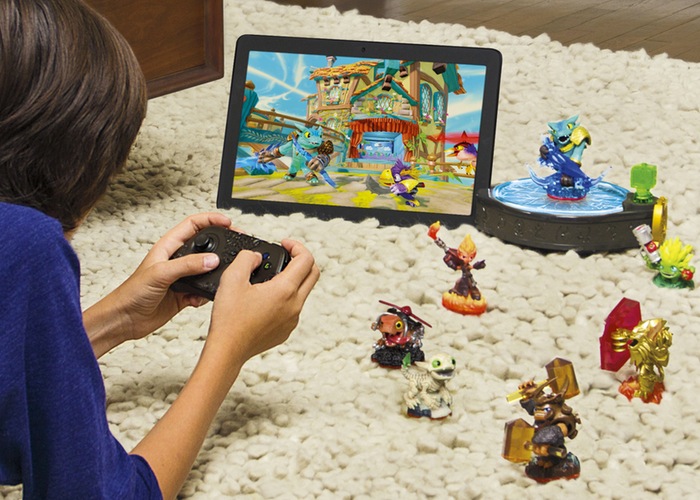 Activision has today announced that its new Skylanders Trap Team will be launching for mobile devices as well as console devices and both will retail for around $80. 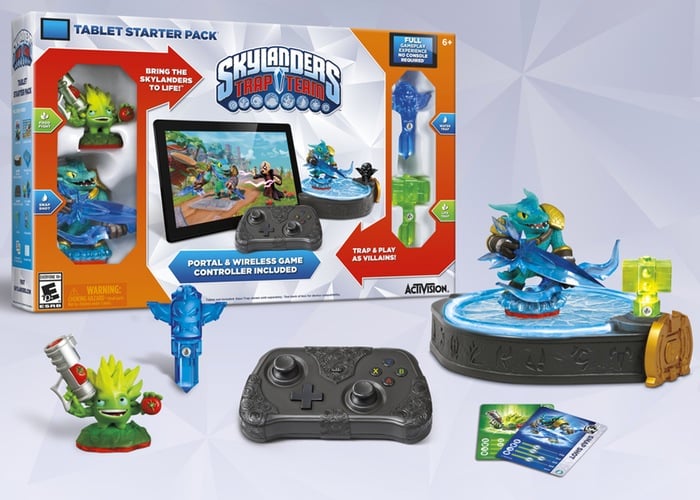 Check out the video below to learn more about the new Skylanders Trap Team game that will be compatible with all 175 existing Skylanders whilst also adding 50 or more new Skylanders and 40 villains for gamers to enjoy. The Family gamer YouTube channel explains :

“Visually Skylanders Trap Team looks similar to the Xbox 360 when we played the game on iPad Mini. The portal offers all the same features as the console version, although without a speaker. It provides a slot to stand the tablet screen on to play hands free with the new controller.

Underneath the portal is a new bluetooth controller. This enables you to play the mobile-tablet version of the game without using touch controls. You can connect two controllers at once for multi-player as you would on the console. You can use two official controllers or third party options. You can also play when away from the portal a bit like the 3DS version. Here you have two free “Instant” characters Trap Shadow and Food Fight. These are used when the portal is off or out of range and can be upgraded as other Skylanders.

To play the game you need to buy the new Skylanders Trap Team Mobile Starter Pack. You can try the first few levels for free via the app download in the different app stores.”

Devices that support the latest Skylanders Trap Team include :