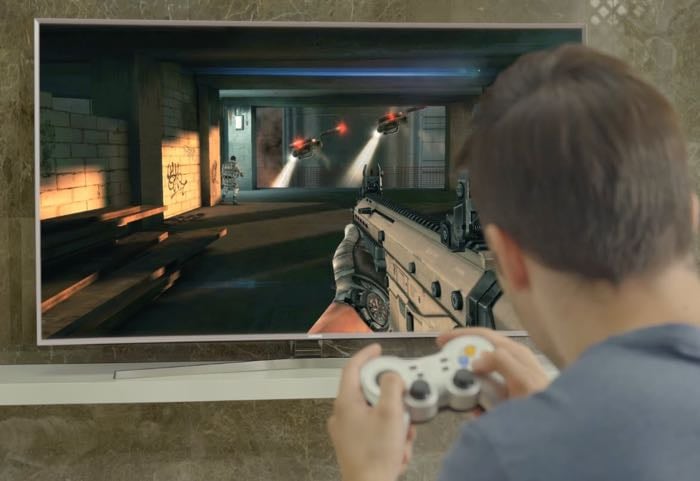 Samsung has announced that it will show off an updated gaming service for its 2016 Smart TVs at CES 2016 in January.

The company has said that there will be more than 400 streaming games available on its Smart TVs and also 100 downloadable games at launch.

Samsung will showcase the upgraded game service at CES 2016, enabling download and streaming games through 2016 Samsung Smart TVs. Recent additions include Assassin’s Creed III, Batman: Arkham Origins, and The LEGO Movie Videogame from PlayStation™Now, will be available for gamers to stream games directly through their Samsung Smart TVs. The games available through the service will range from action, sports and racing to role playing game (RPG), first person shooter (FPS) and board games.

The addition of so many game titles will enhance Samsung’s Smart TV GAMES offering even further; so far, its service is being used by gamers in 43 countries, with a record of boasting 4.5 million monthly users – directly reflecting the increasing popularity of gaming in recent years.

You can find out more details about Samsung’s plans for gaming on their new range of Smart TVs at the link below.