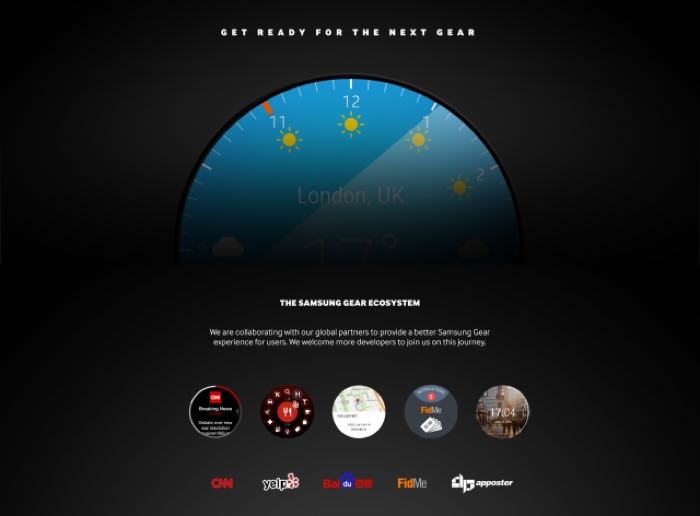 We have heard rumors previously that the new Samsung Gear smartwatch would come with a round display and now Samsung has all but confirmed this.

Samsung has announced the release of a new SDK for their new Samsung Gear smartwatch, and as we can see from the photos, the screen on the smartwatch will be round.

Samsung Electronics Co. Ltd. today announced that members of global developer community can get an early access to the Software Development Kit (SDK) of the company’s next generation of the Gear device. The new wearable device will be the 7th generation of Samsung Gear with a wrist watch type. This is the first time that Samsung has released its wearable SDK to third-party developers before the official product announcement.

“Samsung has actively adapted its approach to wearable device development as the leader of the rapidly developing category,” said JK Shin, CEO and Head of IT & Mobile Communications Division at Samsung Electronics. “Through meaningful and progressive innovation, Samsung welcomes to developers and industry leaders to join this open collaboration effort to enrich and create unique user experiences for a new smart mobile life.”

You can find out more details about the SDK for the new Samsung Gear smartwatch, as soon as we get some more information about the device, we will let you guys know.