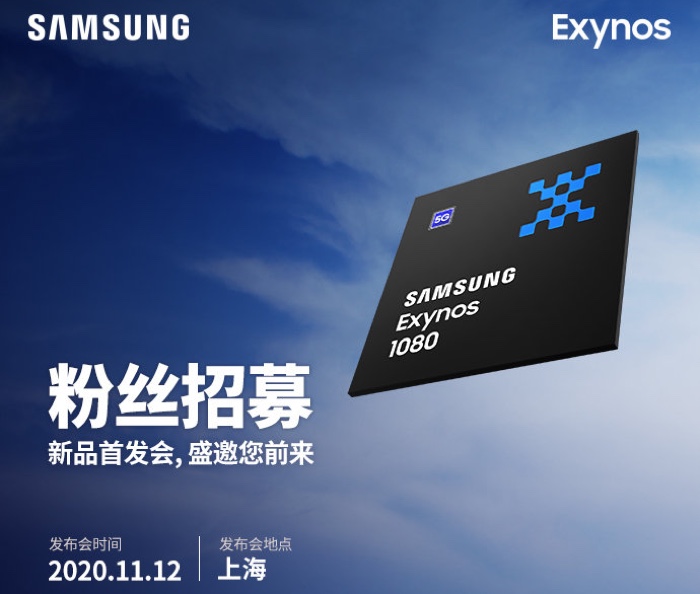 Samsung will be launching a new Exynos mobile processor on the 12th of November, Samsung Exynos 1080 processor.

Samsung has announced that they will be unveiling their new Exynos 1080 mobile processor in Shanghai on the 12th of November.

According to recent reports the first smartphones to use this new mobile processor will be from Vivo and we can expect to see it used in a number of other devices.

We will have full information on the new Exynos 1080 mobile processor when it is made official at the press event on the 12th of November.