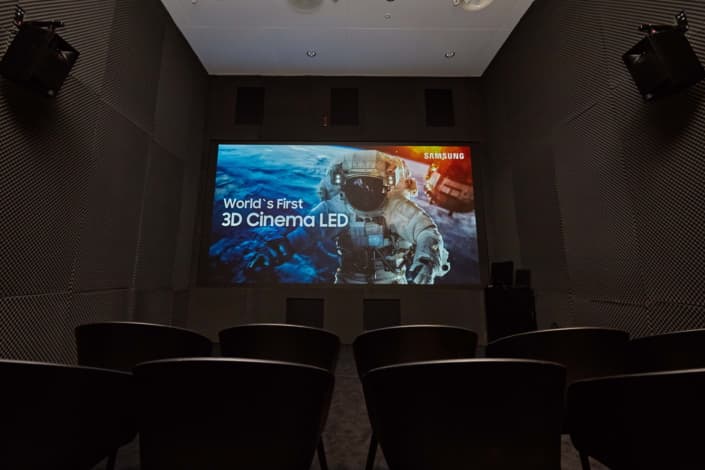 Samsung has announced that it is launching a new 3D version of its Cinema LED display, the Samsung 3D Cinema LED Display.

Samsung is showing off its new 3D Cinema LED Display at Integrated Systems Europe 2018, the display comes with a 4K resolution.

“The existing 3D cinemas had to compromise between brightness and resolution. The screen is dark as if the viewers are wearing sunglasses in the theater. The brightness is already halved, and with the 3D glasses that audience must wear, it becomes a one-third level compared to other 2D films. The resolution is halved too. It is inevitable as the videos for the left and right eye are overlapped and reflected.”

You can find out more details about the new Samsung 3D Cinema LED Display over at Samsung at the link below.