Ridley Scott, famous for the  “Alien” series returns to sci-fi as he launches the trailer for “Prometeheus” at WonderCon held last Saturday at the Anaheim Convention Center. 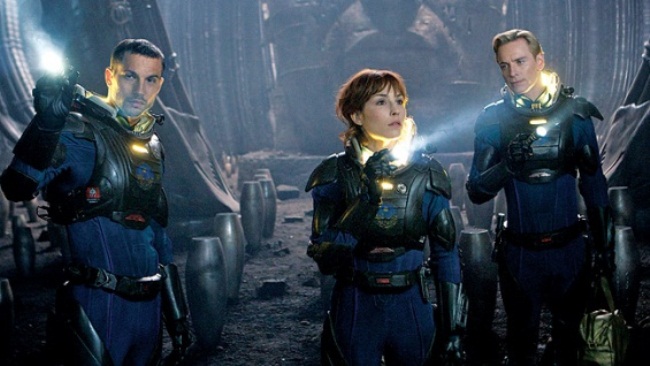 The movie will be released on June 8, but many are still wondering; is this a sequel to “Alien” or something else entirely?

The “Get it off!” cries mean that the film share the face hugging alien as seen in the 4 previous Alien movies. But Scott revealed that he downplayed the Alien connection and that Prometheus evolved into something else.

“It evolved into another universe,” he said. “If we’re lucky, there’ll be a second part. It does leave you with some nice open questions.”

The film is shrouded in secrecy as Scott and the cast refused to tell more. After the trailer showing, the panel was not open to questions and only answered queries from Twitter.

This left the audience naturally wanting to ask more.

The secrecy and the fact that the IMAX trailer was leaked 12 hours before left WonderCon goers a bit disappointed. But that doesn’t shorten the line of movie goers come June 8.