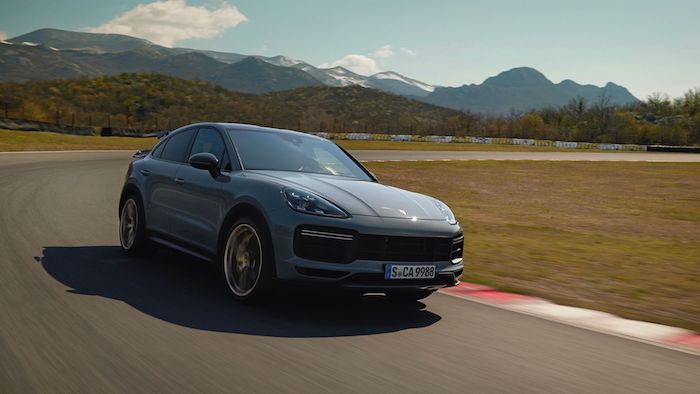 The Porsche Cayenne Turbo GT comes with some impressive performance, the car is powered by a 4.0 litre biturbo v8 that produces 631 horsepower. 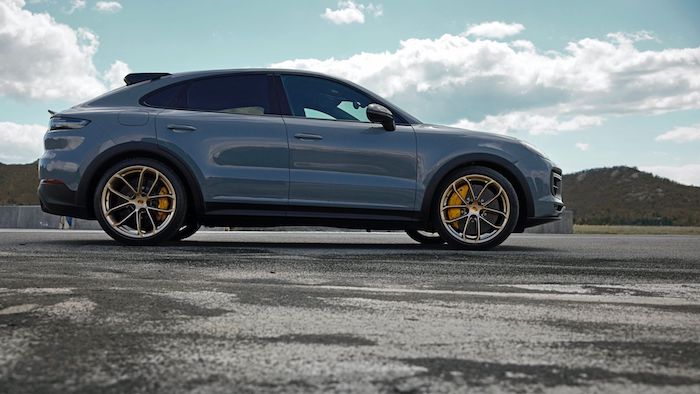 The new Cayenne Turbo GT comes with a range of styling upgrades over the Cayenne Turbo Coupe, it is around 17mm lower. It also features a titanium sports exhaust and a quicker shifting eight Tiptronic S automatic gearbox. 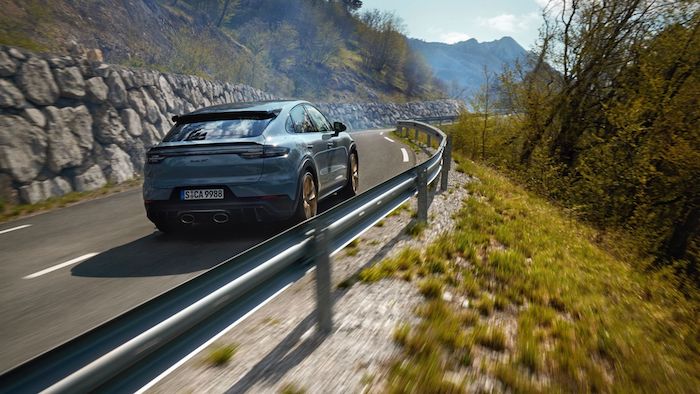 The faster-shifting eight-speed Tiptronic S and the Porsche Traction Management (PTM) system have also been modified. There is also additional water cooling for the transfer case. The standard sports exhaust system, with its central tailpipes, is unique to the Cayenne Turbo GT. From the middle of the vehicle, the exhaust system, including the rear silencer, is made from lightweight and particularly heat-resistant titanium. An additional weight saving is achieved through the omission of the centre silencer. 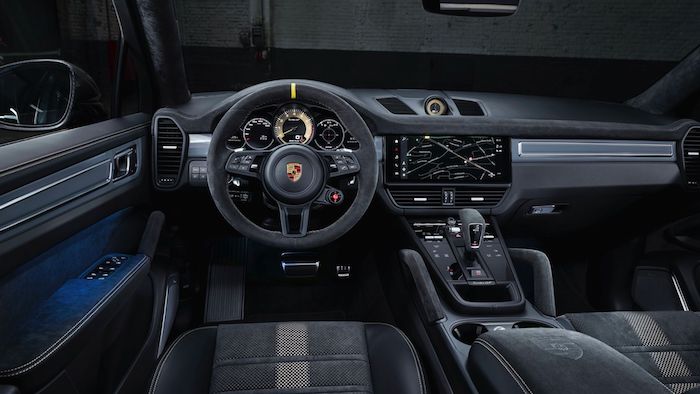 On the exterior of the Cayenne Turbo GT there is a range of carbon styling and a set of 22 inch GT Design wheels in Neodyme. 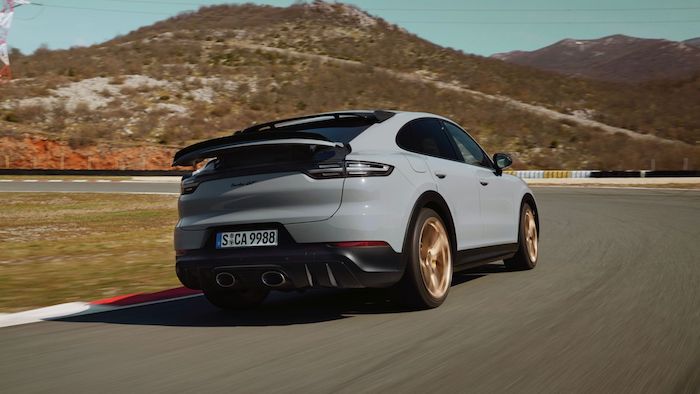 As we can see from the photos the new Cayenne Turbo GT is a stunning SUV, you can see the car in action in the video below. The car is now available to order in the UK and prices start at £143,910.