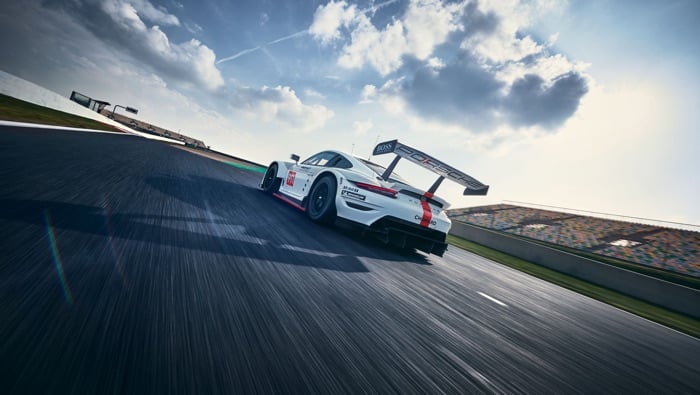 The new Porsche 911 RSR made its UK debut at the Goodwood Festival of Speed last month and now Porsche has released a new video of the car.

In the video below we get to see the 911 RSR on the track and also listen to the amazing engine, it sounds awesome.

Its edge? Over 30,000 race victories in 70 years. Its drive? Our team of engineers, mechanics, drivers and fans all over the world. The new 911 RSR is the 911 for the greatest challenges. Take a look at how the 911 RSR drives on track without any soundtrack in this video.

You can find out more information about the Porsche 911 RSR over at Porsche at the link below, the car will be used to defend the FIA World Endurance championship and the first race takes place in September.