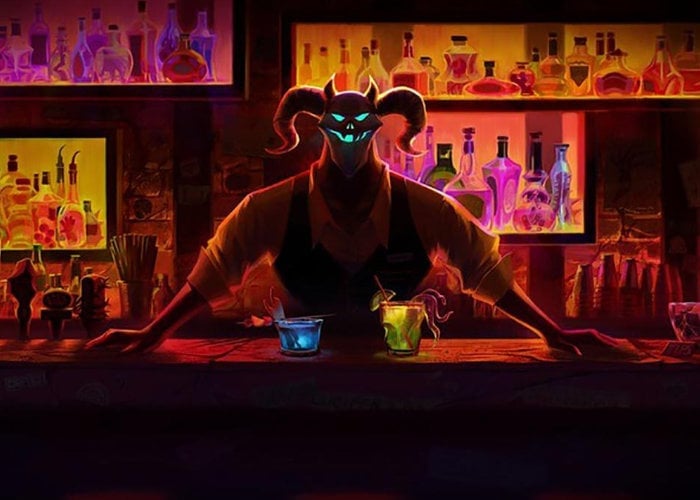 “Get ready for one Hell of a night. Afterparty launches Tuesday on PS4, pitting two best friends against the lord of the underworld himself in the most important drinking contest of their afterlives. This one comes from the talented team at Night School Studio, whose debut hit Oxenfree blazed new trails in the realm of branching storytelling. It’s gonna be weird!”

“Spirit of the North is a single-player 3rd-person adventure game inspired by the breathtaking and mysterious landscapes of Iceland with various pieces of Nordic folklore. The game purposefully has no dialog or narrative. Breathe in the surroundings to solve various puzzles and speculate the meaning of a lost ancient civilization.”

“As part of The Yakuza Remastered Collection, experience Yakuza 4 in 1080p and 60fps. A murder in Tojo Clan territory soon sets off an investigation by a small Tojo branch. Follow the four playable protagonists as they unravel a battle over money, power, status, and honor and a mysterious woman at the center of it all.”

“Voyage of the Dead : An action-packed shooter set on a cruise ship overrun by a zombie outbreak, where up to four players can get caught in the chaos. It’s your job to fight against a horde of undead menaces and protect the passengers. Mars Lightcon & IR Station are needed to play this game.”

For a complete list of all the new games arriving on the PlayStation platform during October 2019 jump over to the official PlayStation blog by following the link below.