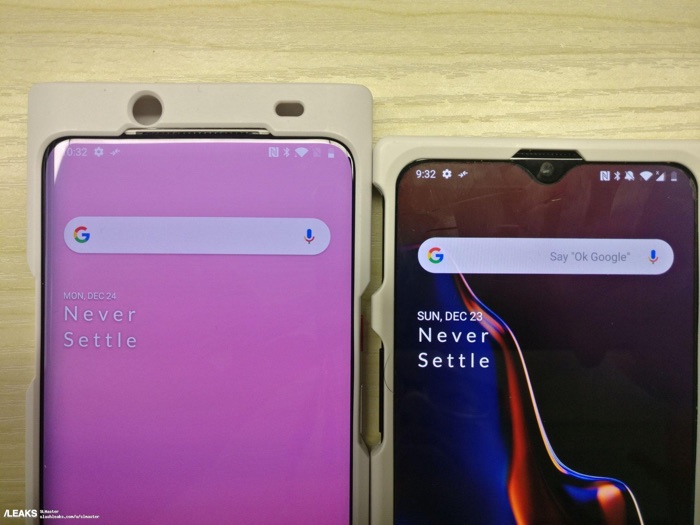 We are expecting to see the new OnePlus 7 smartphone some time this year and now it would appear that we may have an actual photo of the handsets display.

The picture above was posted on Slashleaks and on the left of the handset is the new display for the OnePlus 7, on the right is a OnePlus smartphone with a notch at the top, it looks like a OnePlus 6T display.

As we can see from the pictures these appear to be prototype smartphones and the picture of the two devices shows the dates of the 23rd and 24th of December, which is when the picture may have been taken.

According to a recent report OnePlus will ditch the notch on their OnePlus 7 and will instead use a slide out camera from the top of the handset for the front camera. The handset is also expected to be powered by a Qualcomm Snapdragon 855 processor.

We previously heard that the company would launch a 5G smartphone this year, they are expected to launch a 5G version of the OnePlus 7.