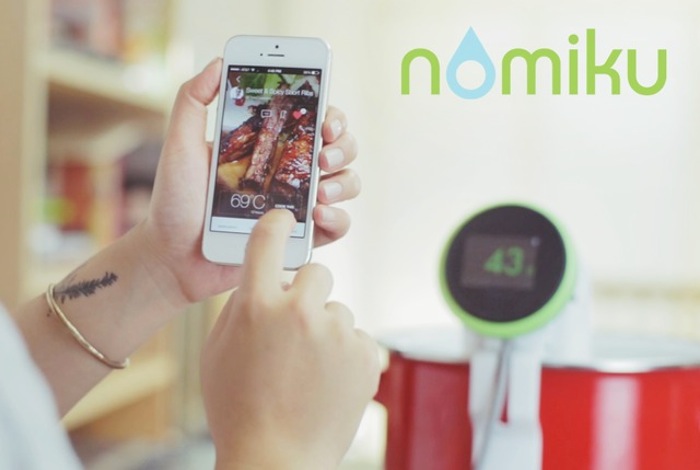 Cooks in the market for a wirelessly connected immersion circulator that can be controlled from your smartphone. Might be interested in the new Nomiku device created by Lisa Q. Fetterman based in San Francisco California.

The Nomiku wireless immersion circulator has just launched over on the Kickstarter crowd funding website and has already blasted past its $200,000 pledge goal with still 28 days left to run on the campaign. To learn more about this innovative wireless cooking aid watch the video after the jump. 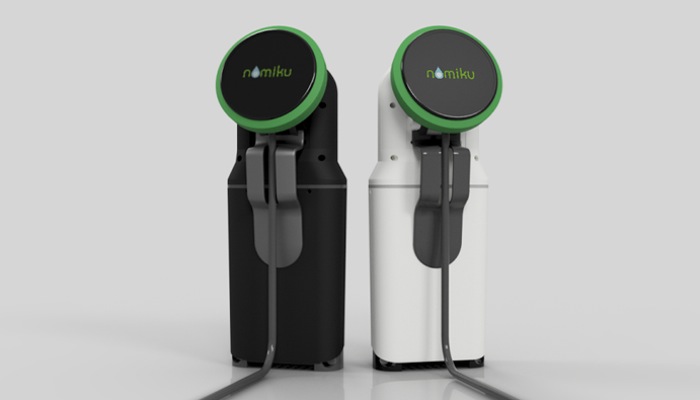 Nomiku wireless immersion circulator is fitted with a single control knob to turn and control the temperature and a large touch screen and is capable of connecting to its companion application called Tender. Allowing you tocreate, share, and send sous vide recipes, complete with time and temperature settings directly to the Nomiku. Its creator explains :

“Main Street eateries, Michelin three-star restaurants, and most everywhere in between have been dazzling diners with their sous vide creations for years, cooking vacuum-sealed food in a controlled low-temperature water bath that yields perfect results every single time.

The new Nomiku is more powerful and smaller than the first generation – a single-bodied machine that now clips onto the front of a pot you already own for easy access.”

The Nomiku project is currently over on the Kickstarter crowd funding website looking to raise enough pledges to make the jump from concept to production. So if you think Nomiku is something your cooking and meal time could benefit from, visit the Kickstarter website now to make a pledge and help Nomiku become a reality.