Microsoft is expected to release Windows Phone 8.1 at their BUILD developer conference which starts next week, and now Nokia has announced they are holding a press event on the 2nd of April. 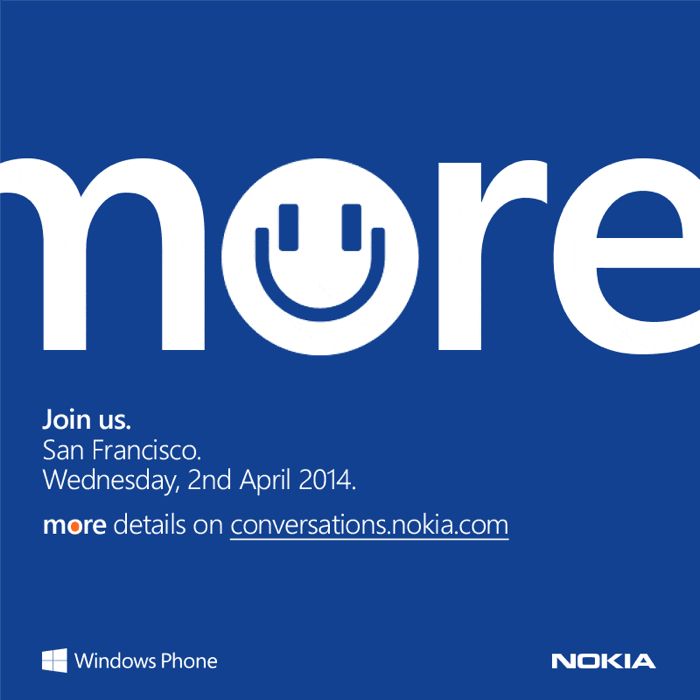 More than 6,000 Windows and Windows Phone developers visited the annual conference in 2013 and this year’s show sold out in 24 hours.

What makes 2014 so special is the exciting Microsoft and Nokia partnership, and boy, have we got some treats lined up for you.

So when will you find out? Meet us here at Conversations on Wednesday April 2 where we’ll be revealing all.

We have already heard some rumored specifications for both devices, the Nokia Lumia 930 will apparently be the GSM version of the Nokia Lumia Icon, and will come with a full HD 5 inch display.

The Nokia Lumia 630 is rumored to come with a 4.5 inch display that has a resolution of 854 x 400 pixels, the device will also come with 1GB of RAM and a Snapdragon 400 processor.