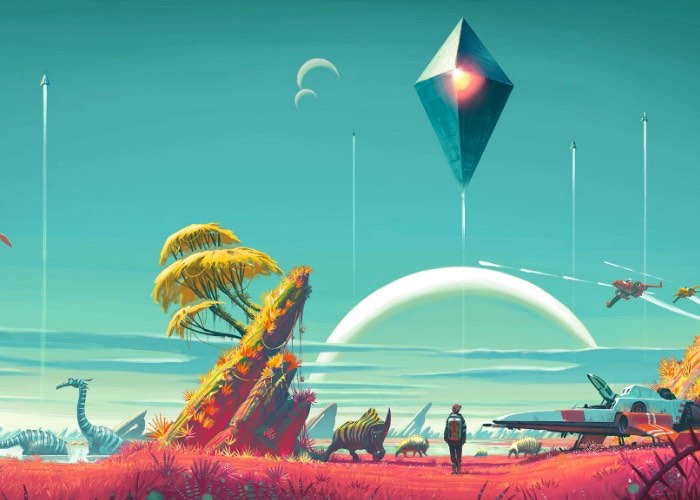 If you thought space exploration within the new No Man’s Sky game would be all fun and straightforward, you might like to watch the new trailer called Survive. Which has been released this week ahead of the games launched on PlayStation 4 on August 9th, in the US, Europe August 10th, and in the UK August 12th 2016 and reveals the dangers that lurk on planets.

While some planets are beautiful and serene, many have extreme conditions that make survival difficult. Some planets will have extreme temperatures – from freezing lows to scorching highs – while others are drenched in toxic rain, heavily irradiated or completely submerged.

For the unprepared, surviving on planets with extremes will be a challenge. Every second spent exposed in the elements will chip away at your protective shielding, which can be restored by taking shelter or expending resources to recharge it. By upgrading your suit’s technologies, you can survive harsh climates for longer, run faster, jump higher and explore for longer.

Whether you die under the claws of a creature, by the lasers of a space pirate or just succumb to the elements, death will have a real impact on your progress. Resources will be lost and technology damaged as your body is regenerated at your last save point, so make sure to put up a fight!