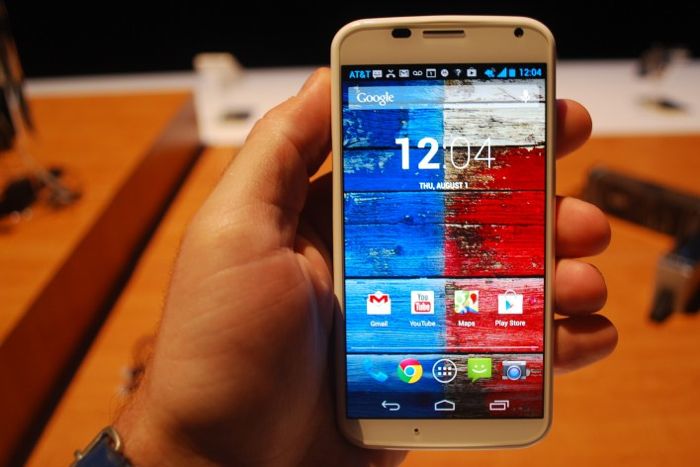 A new Motorola smartphone has appeared on video that is running Android 5.0 L, the video was posted online by TK Tech News, and the device could possibly be a new Motorola Droid smartphone.

The handset which can been seen in the video below, is said to be larger than the Motorola Moto X+1 and also the current Google Nexus 5.

It is possible that this new smartphone could either be a new Motorola Droid device for Verizon, or possibly a larger version of the Moto X+1.

The Moto X+1 is rumored to come with a 5.2 inch display, so if this handset is larger, the display could possibly be around 5.5 inches or even larger.

The Moto X+1 is also rumored to come with a quad core Snapdragon 800 processor and will feature 2GB of RAM and 32GB of storage, plus support for up to 128GB microSD cards.

The X+1 is also rumored to come with a 2900 mAh battery, and a 5 megapixel front facing camera plus a 12 megapixel rear camera. If the device feature in the display is a new version of the Moto X+1 then we would expect similar specifications apart from a larger display.

As soon as we get some more information on exactly what this new Motorola device is, we will let you guys know.