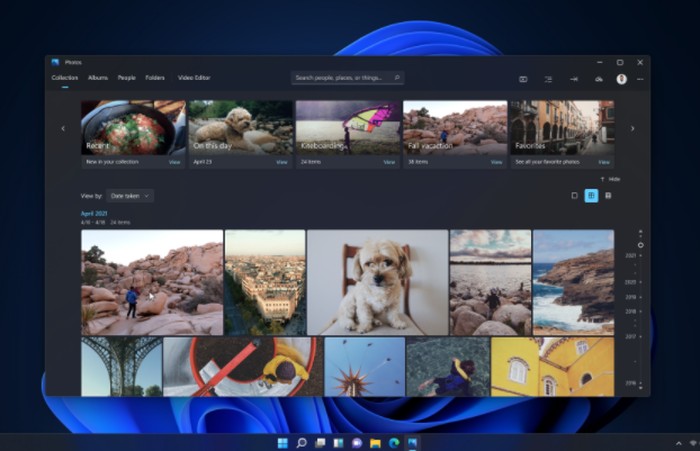 Microsoft has this week announced the release of its new redesigned Windows 11 Photos app allowing you to try out the new features, layout and enhancements. Microsoft goal when redesigning the Windows Photos app was to make it faster and easier and more enjoyable to use allowing you to “re-live and edit your photos on Windows 11“. New features include an updated photo editing bar that allows you to easily make adjustments to your photos such as cropping, rotate, touch-up, view metadata, highlight favorite photographs and even add notation using your mouse or stylus on supported devices.

““Windows Insiders, today we are beginning to roll out the redesigned Photos app for Windows 11 to all Windows Insiders in the Dev Channel. The updated photo editing toolbar also gives you quick access to third party photo editors installed on your PC. If you have an image that could benefit from the whimsy of Picsart, the artistic templates and AI-powered effects of Luminar AI (coming soon to the Store), the broad tool set of tools in Adobe Photoshop Elements, the graphic design abilities of Corel PaintShop Pro, or the precision and power of Affinity Photo – you will be able to launch these editors with just one click from the Photos app, and manipulate the image you were looking at. (Some of these apps’ integrations are live now, others are coming shortly.)”

For more information on how to download and try out the new Microsoft Photos app jump over to the official Microsoft Blog by following the link below.