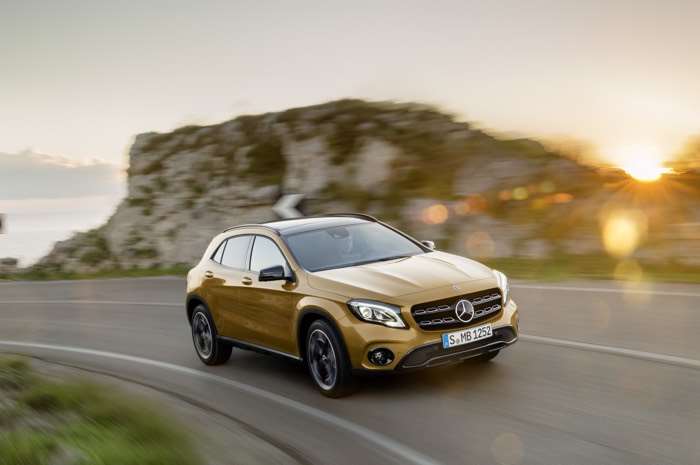 Mercedes Benz have announced a new version of their Mercedes GLA at the Detroit Motor Show, the car has had a facelift over the original GLA which was launched in 2013.

Some of the change to the 2018 Mercedes GLA include redesigned bumpers and some new wheel designs as well as some new color options and more. 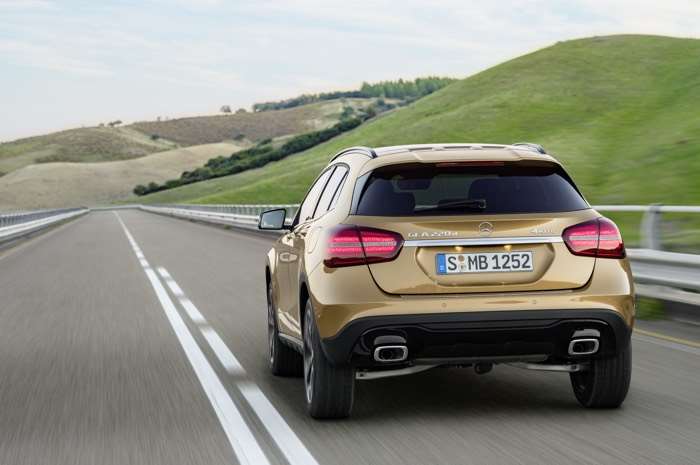 The attractively styled interior of the GLA with high-quality materials and excellent workmanship is enhanced by new seat covers and trim parts as well as chromed control panels. The free-standing 8-inch media display is slim and is easily legible, as are the new gauges with red needles. The controls for switches on the electric seat adjustment in the doors have been given small yet effective highlights in silver chrome – and the stowage compartment in the center console is also surrounded by a chrome frame. In addition, the air conditioning vent rings are more strongly accentuated and thus underscore the harmonious SUV touch in the interior.

Exclusively available in this market segment, the 360-degree camera records the direct surroundings of the car, which are either shown as a full-image depiction or in seven different split-screen views on the media display. Among them is also a virtual top view of the car – produced from the data of four cameras: front, reversing and one camera in each of the exterior mirrors.

You can find out more details about the new 2018 Mercedes GLA over at Mercedes Benz at the link below.