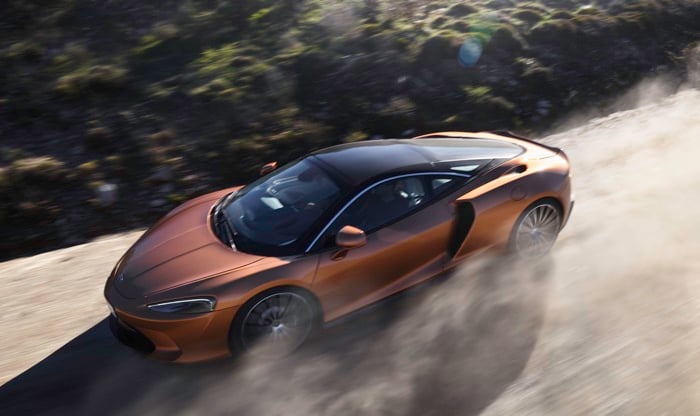 The new McLaren GT was made official yesterday and now McLaren has released a promo video for the car we get to have a look at this new design.

“The new McLaren GT combines McLaren’s design philosophies with classic Grand Tourer visual cues. Bold, elegant volumes flow seamlessly from nose to tail, encapsulating the beautifully crafted cabin. The sophisticated, sculpted body expresses both the power of the car and its ability to cosset occupants during long-distance driving. The teardrop shape of the cabin, which stretches back to encompass the rear luggage area, follows the aerodynamic principles inherent in all McLarens, while the muscular rear fenders that form the side intakes for the high-temperature radiators are an example of how we merge both beauty and functionality to create breath-taking authentic designs. The new McLaren GT clearly stands out both as a new type of McLaren and a cutting-edge interpretation of a Grand Tourer for a new era.”
Rob Melville, Design Director, McLaren Automotive