We finally got to find out the full specifications on Apple’s new high end Mac last week, the new Mac Pro, which features a new unique design over the previous generation Mac Pro.

The new Mac Pro comes with some impressive specifications, which include a choice of high end graphics cards, with the option to have dual AMD Fire Pro D700 with 6GB of GDDR5 RAM GPU’s, and now it would appear that the graphics cards will be replaceable. 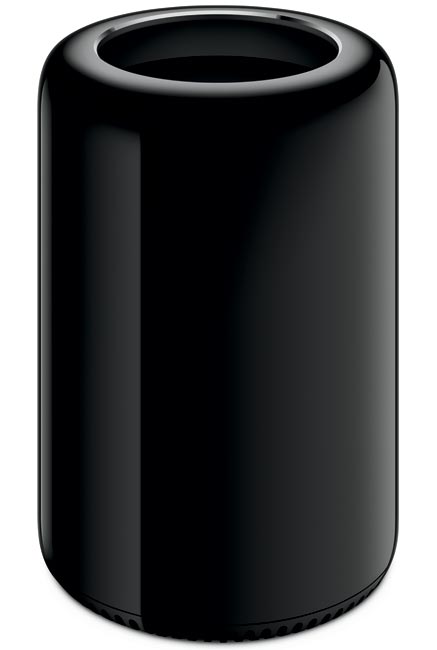 The news comes from French site Mac4ever, who claims that the GPU’s on the new Mac Pro are placed on an independent daughter card that features a propriety connection.

According to our information, it is possible to change the graphics card in this machine. In fact, the GPU is placed on a daughter card, it is possible to remove and thus replace. As you might expect, Apple uses a proprietary connector (as is the case for SSD array present on the rest of the range). But nothing prevents, on paper, a manufacturer decides to offer compatible models on the market.

When the Mac Pro was announced, Apple said that the RAM would be replaceable, but did not mention anything about the graphics cards. 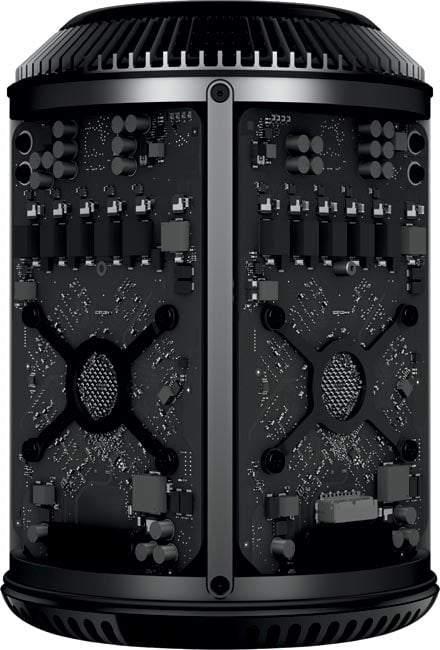 The new Mac Pro also comes with a choice of high end processors from a 3.7GHz Intel quad core Xeon E5 processor to a 2.7GHz 12 core processor with 30MB of L3 cache.

You can also have up to a massive 64GB of RAM, the entry level model comes with 12GB of RAM as standard, and it will support up to three 4K resolution displays, or up to 6 Thunderbolt display.