Yesterday we showed you the new iPod Shuffle which the guys at iFixit took apart to see what was inside. Now they have done the same to the new iPod Touch.

The new iPod Touch is much slimmer than the previous version, it features Apple’s new A4 processor that can be found in the iPhone 4, and it comes with 256MB of RAM, as opposed to 512MB in the iPhone 4. 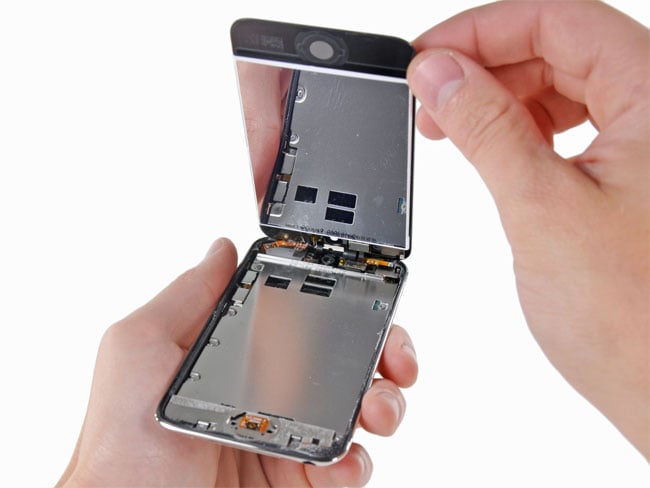 According to iFixit, this is the easiest iPod Touch to take apart, it is basically held together with some glue and two tabs. The battery has been soldered to the main board.

It looks like the rear facing camera on the iPod Touch is 0.7 megapixels, which is quite a bit less than the 5 megapixel one in the iPhone 4.

Head on over to iFixit for lots more photos and details of what is inside the new iPod Touch.