Some of our readers will remember the iWatch concept that we featured on Geeky Gadgets a while back, well now you will be able to make your own iWatch using Apple’s new iPod Nano.

Flickr user ogikubokei decided to add a watch strap to his new iPod Nano, and it can now be worn like a standard wristwatch and display the time. 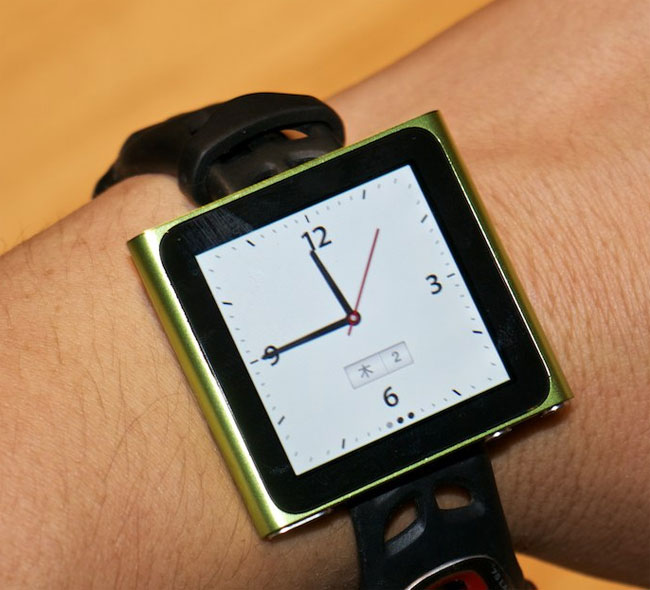 If you want to make your own it is pretty simple, all you will need is a watch strap and a new iPod Nano, no doubt we will probably see some funky iWatch designs using the new iPod Nano over the next few weeks.