A few weeks ago, the first worm appeared on the Apple iPhone, although it wasn’t particularly nasty and really didn’t do any damage to your iPhone, it looks like there is now a new iPhone worm doing the rounds, which uses the same exploit and this one is malicious.

The new worm is called ‘Duh’ or ‘IKee.B’ and it uses the exact same exploit as the previous one, if you are using a jailbroken iPhone, and have SSH enabled and haven’t changed the root password then you could be vulnerable to this worm. 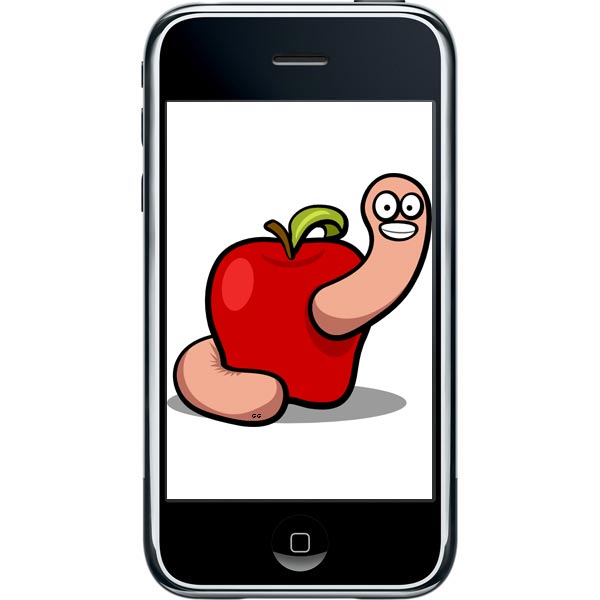 The worm is designed to connect to a server in Lithuania and follow instructions from remote hackers, and thw worm can find vulnerable iPhone’s on a large range of IP adresses.

The worm changes to root password on the iPhone to ‘ohshit’, and it could let the hackers steal your personal details.

If you are using a jailbroken iPhone and have SSH enables, make sure you change the default root password or you could end up falling victim to this nasty worm.