Last week we told about the Dutch hacker who had hacked a bunch of jailbroken iPhones, now it seems a hacker in Australia has created a virus that affects jaibroken iPhones.

The virus is called ‘iKee’ and it replaces your default background with a picture of 80s pop star Rick Astley, with the message ‘ikee is never going to give you up’. 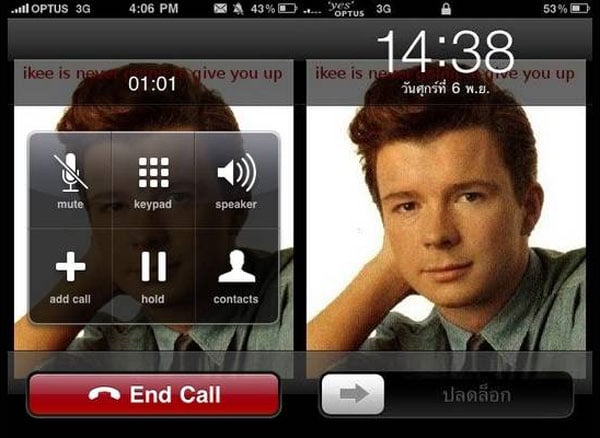 The worm uses SSH access on jailbroken iPhones, where users haven’t changed the default password, once they virus is on the iPhone it will then scan the 3G IP range the device is on, and attempt to pass it on to other jailbroken devices.

It looks like the only users who have been effected are in Australia, but it could spread quite easily to other parts of world.

If you are using a jailbroken iPhone, make sure you change the  default user name and password settings or you could end up with a Rickrolled iPhone.