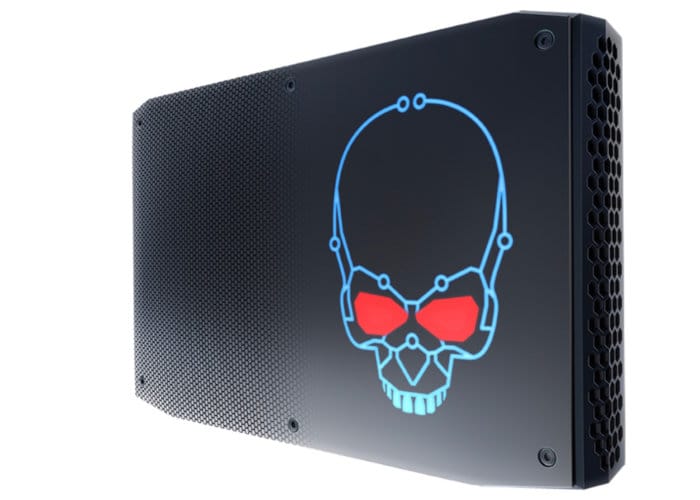 During CES 2018 this week Intel has unveiled updates to its range of mini PCs announcing the imminent launch of the Intel NUC Hades Canyon mini PC systems that will come equipped with 8th-gen Intel Core chip with AMD Radeon Vega graphics. Two new systems are expected to be launched, taking the form of the NUC8i7HNK offering users a 65W Core i7-8705G processor supported by Radeon RX Vega M GL graphics $799 or if your budget will stretch the $999 the NUC8i7HVK with a 100W Core i7-8809G processor supported by Radeon RX Vega M GH graphics. 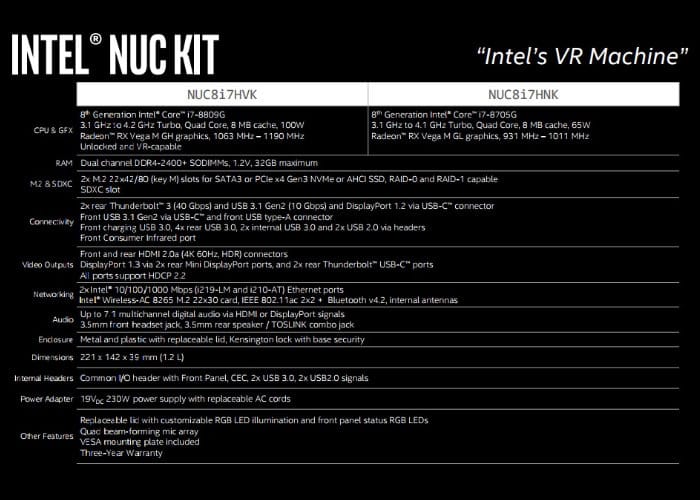 The mini PC also supports connectivity via 802.11ac WiFi, Bluetooth 4.2 and features a replaceable lid with customisable RGB LED lights and a skull emblem as you can see in the image below and was previously included on the older systems. The new Intel NUC systems offer users up to 3 times the gaming performance when compared to the older Skull Canyon NUC systems launched last year. As more information is released by Intel on worldwide availability, we will keep you up-to-date as always.

In the meantime for more details and a hands-on explanation of what you can expect from the new Intel NUC mini PC jump over to the Liliputing website via the link below for more details from Brad Linder who is currently at CES 2018.