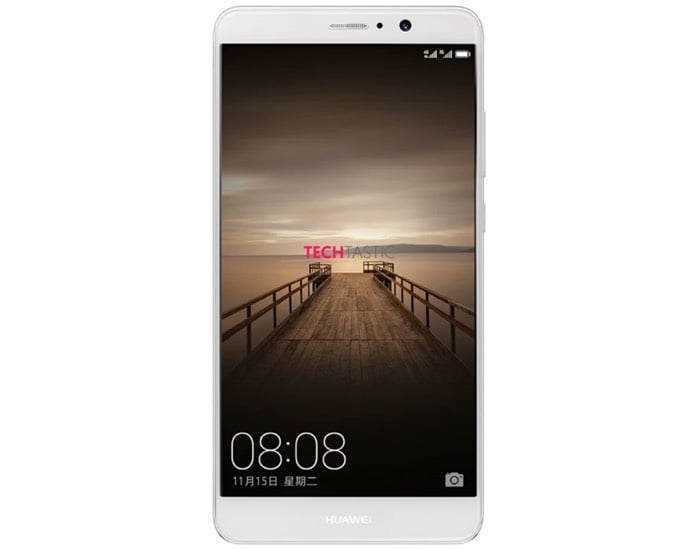 Yesterday we saw a photo of the new Huawei Mate 9 smartphone and now a press shot of the handset has been leaked ahead of its official unveiling.

Huawei are holding a press conference this week on the 3rd of November where they will be making their new Mate 9 smartphone official.

The handset is rumored to come with a 6 inch display that will have a Quad HD resolution of 1920 x 1080 pixels and the device is said to come with 6GB of RAM and up to 256GB of built in storage.

The new Mate 9 will also come with dual cameras on the back, as yet there are no details on how many megapixels the cameras will have.

We will have more information on Huawei’s latest flagship phablet when it is made official later this week.