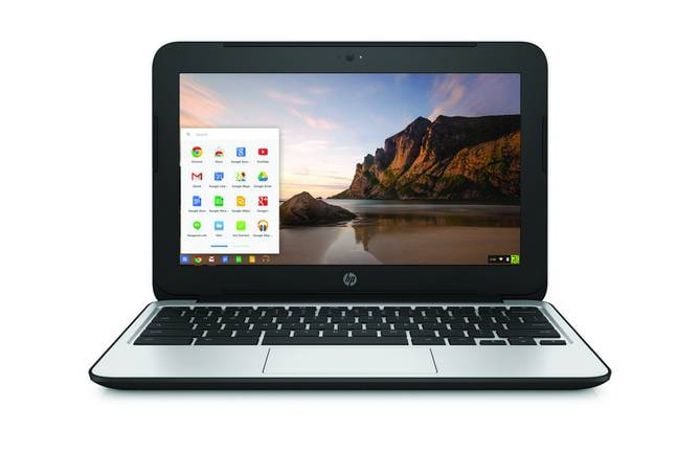 HP has this week unveiled more details about its new HP Chromebook 11 G4 range of laptop systems that will be launching very soon.

The new Chromebook 11 G4 systems build on the technology that was included in the previous years range but now offers a lower price point at just $199, together with a few new features for users to enjoy.

For $199 HP offers a laptop powered by a Intel Celeron N2840 Bay Trail processor supported by 2GB of RAM with 16GB of storage all running Google’s Chrome operating system. However the HP Chromebook 11 G4 laptop can be equipped with up to 32GB of internal storage, 4GB RAM and HP offers the ability to fit an optional IPS display providing users with wider viewing angles.

Other features include both USB 2.0 and USB 3.0 ports, HDMI output, web camera, and connectivity via 802.11ac WiFi and Bluetooth 4.0. HP explains :

Ease of use for educators and students is one of the virtues of the recently released HP Chromebook 11 G4, which quickly launches apps and optimizes Google Hangouts with noise suppression software, running on the low-maintenance Chrome operating system. Teachers can also build and deliver interactive curriculums using Google for Education containing productivity tools such as Google Classroom, Google Docs, and a wide range of apps, books, and videos.

Chrome’s convenience now extends to printing, with the HP Print for Chrome extension, which allows students and teachers to quickly and easily print to HP local network printers. For increased speed and simplicity, print jobs are sent via the local network, rather than Google Cloud Print. There’s no longer a need to worry about registering to Google Cloud Print or sharing a printer with every user.