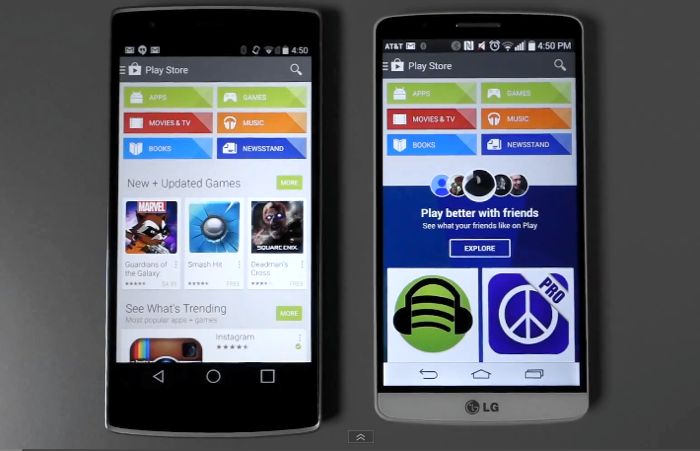 We recently heard that the Google Play Store for Android devices would be getting a new design, and now Google has announced that they have started to roll the update out to smartphones and tablets, and you can expect it to launch on your handsets over the next couple of weeks.

The updated Google Play Store gets a new look and feel, with Google’s new Material Design, which is designed to focus more on the content.

As you can see from the video, when you first go to the new Google Play Store on your smartphone, the changes look minimal, but when you select and app, or music etc, you can clearly see the changes between the two stores.

We do not know as yet when exactly it will be released for various devices, Google have said that they will roll the update out over the next two weeks. If you don’t want to wait until it lands on yoiur device, you can download the update and install it on your device from the link below.