Google has created their Google Now service to help users manage their day, stay connected and be a local anywhere they may be. But Google might have this week accidentally let slip a new widget for the service which has yet to been officially announced.

The slip was made during a TV commercial that was played, in which the new Google Now widget was spotted by Android Central. To learn more about the new Google Now service watch the Google promotional video after the jump for more information. 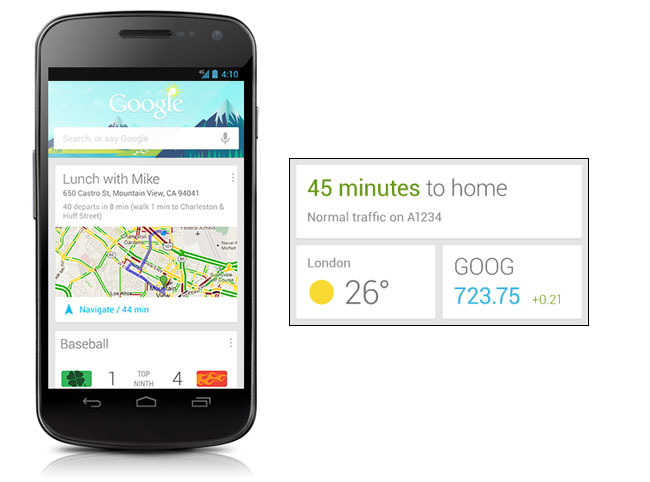 The Google Now widget has been designed to provide you with a ” summary of your current Google Now cards, either on a Home screen or on the lock screen.”

“Google Now gets you just the right information at just the right time. It tells you today’s weather before you start your day, how much traffic to expect before you leave for work, when the next train will arrive as you’re standing on the platform, or your favorite team’s score while they’re playing. And the best part? All of this happens automatically. Cards appear throughout the day at the moment you need them.”