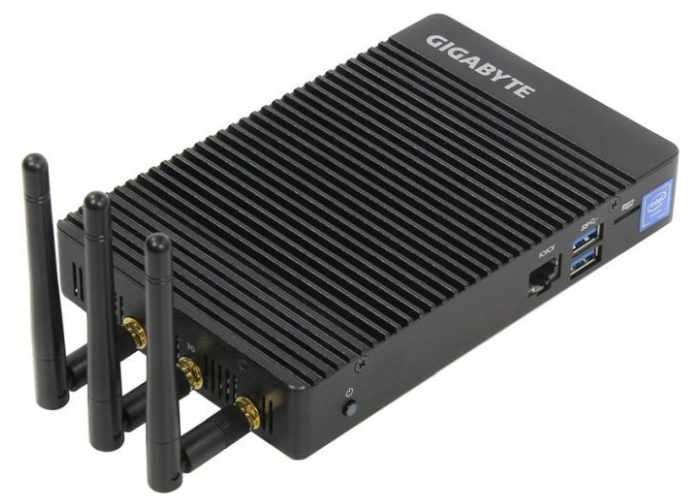 Following on from its first unveiling back in CES 2017 in January Gigabyte has now officially announced two new additions of fanless computers with the launch of the Gigabyte BRIX GB-EACE-3450 and GB-EAPD-4200 mini PCs.

The Gigabyte BRIX GB-EACE-3450 is powered by an Intel Celeron N3450 processor while the 4200 is equipped with a Pentium N4200 processor in both systems feature passive cooling for silent operation.

Both systems measure just 6.5 x 4.1 x 1.1 inches in size and offer a perfect solution for those Internet of Things projects you may be working Or even a home media centre thanks to its 6 watt quad-core processor and Intel HD graphics.

Although the system has been designed for applications such as digital signage, point-of-sales systems, internet kiosks, and other commercial uses and comes complete with support for M.2 solid state storage, up to 8GB of DDR3L RAM thanks to the inclusion of two SODIMM slots.

Other features include 4 x USB 3.0 ports, 2 x HDMI ports, 2 x Gigabit Ethernet ports a handy microSD card reader as well as a half-sized mini PCIe slot together with connectivity provided by both 802.11ac WiFi and Bluetooth 4.0. Unfortunately, no information on pricing or worldwide availability has been released as yet but they should be available soon via the official Gigabyte website.