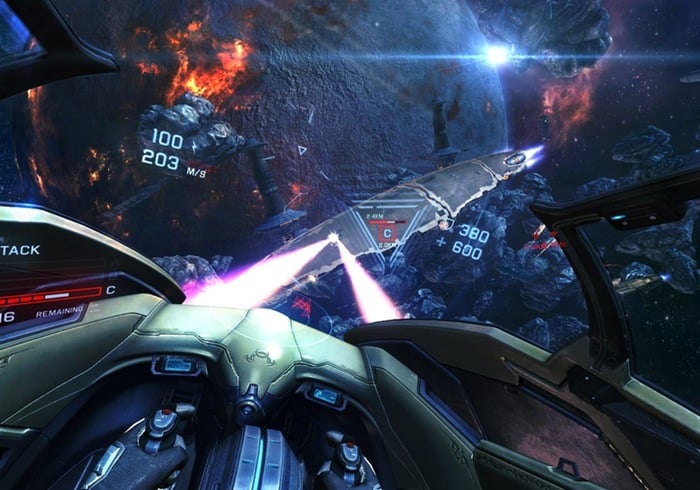 Virtual reality gamers looking for the the launch of the Sony Project Morpheus and the Facebook Oculus Rift virtual reality headsets in a new future, are sure to enjoy this latest look at the new EVE Valkyrie space combat game which is being designed specifically for VR.

EVE Valkyrie Is currently being developed by CCP Games creators of the massively popular Eve Online universe and is being created using the Unreal Engine 4 to power the VR game.

When the recently acquired Oculus Rift virtual reality headset launches for Windows PC systems, the EVE Valkyrie game will be one of the first titles available for the consumer version of the virtual reality headset. Check out the trailer below to see how the EVE Valkyrie multiplayer game is developing and what you can expect once it officially launches.

EVE Valkyrie will also be launching on the next-generation Sony PlayStation 4 and will fully support Sony’s new Project Morpheus virtual reality headset, which was unveiled earlier this year.

Last month CCP Games announced that Katee Sackhoff well known for her role as Captain Kara “Starbuck” Thrace from the Battlestar Galactica series will be voicing the character Rán within EVE Valkyrie.