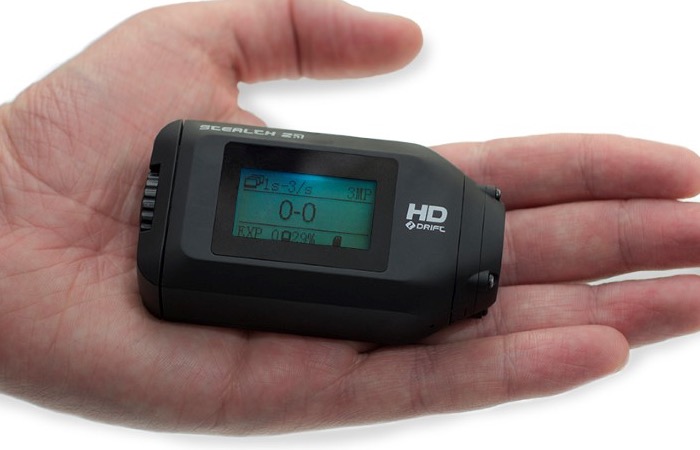 Drift Innovation has this week unveiled its 8th generation of action camera in the form of the Drift Stealth 2, that weighs just 97g or 3.42 oz and is considerable smaller than previous models.

The Drift Stealth 2 is the smallest action camera Drift have created and builds on the technology developed for the Drift Ghost, measuring just 80 mm x 42 mm x 27 mm in size. Half the size of the Drift Ghost-S pictured below, as well as being 40 percent lighter. 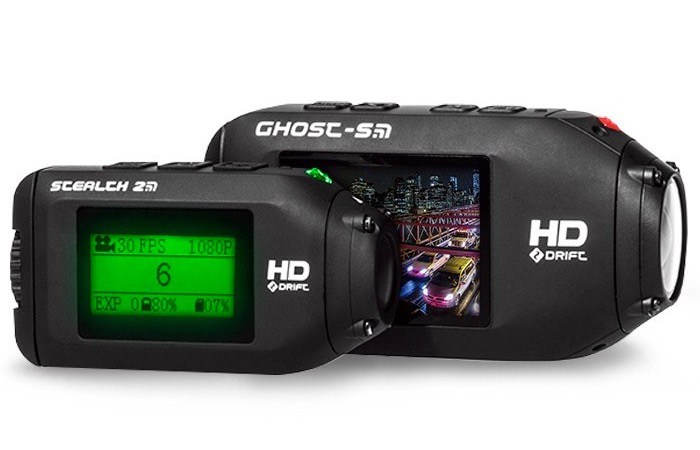 Features of the new Drift Stealth 2 action camera include a 3hr battery, Full HD 1080p 30fps recording as well as a 300 degree rotatable lens. All enclosed in a case that is rain, snow, mud and dust resistant and also provides wireless connectivity to your iOS and Android mobile devices.

“Never change a proven concept! The 300 degree continuously rotatable lens allows you to mount your Stealth 2 in all conceivable positions, and yet still provides a straight image. So just plug the camera into the mount, set the lens and get started – no angles, no screws!”

The Drift Stealth 2 does not only feature our already well-known status LED on the front, but also a colour coded screen showing you which camera mode you are currently using.” 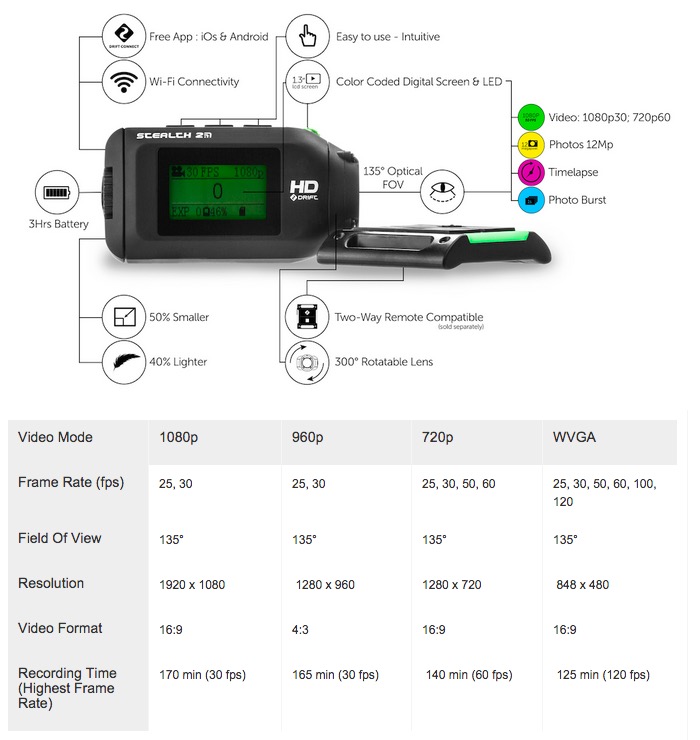 For more information on the new Drift Stealth 2 action camera and the ability to pre-order for $249 jump over to the official Drift website for details via the link below.