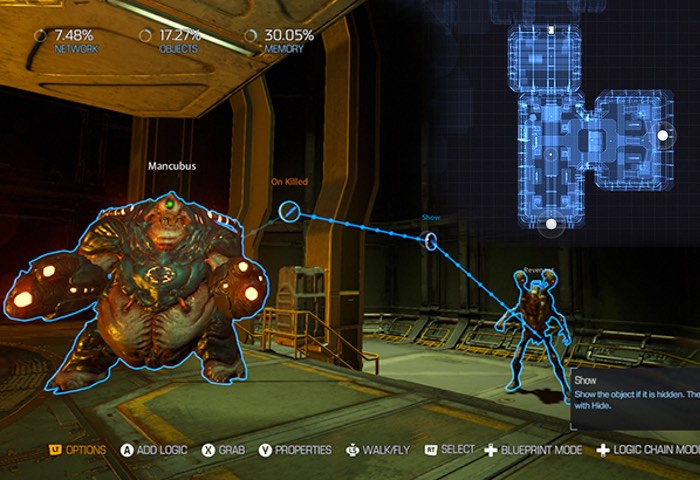 DOOM players that are also looking forward to getting their hands on the new DOOM map editor that will be available when the new game launches later this month, are sure to enjoy this demo trailer published via YouTube.

The latest DOOM game in the franchise will be officially launching later this on month on May 13th 2016, and will be available to play on both PlayStation 4 and Xbox One as well as PCs and is now available to pre-order with bonuses available for those that do.

Check out the video below created by Outside Xbox to see how DOOM game levels are created. Also check out a gameplay stream of the DOOM single player campaign in our previous article.

Doom 2016 (previously known as Doom 4) has an extremely flexible map editor called SnapMap. It’s straightforward but extremely powerful if you’re prepared to master it. The most impressive maps so far include a music room, a Harvest Moon simulator and a co-op story level.