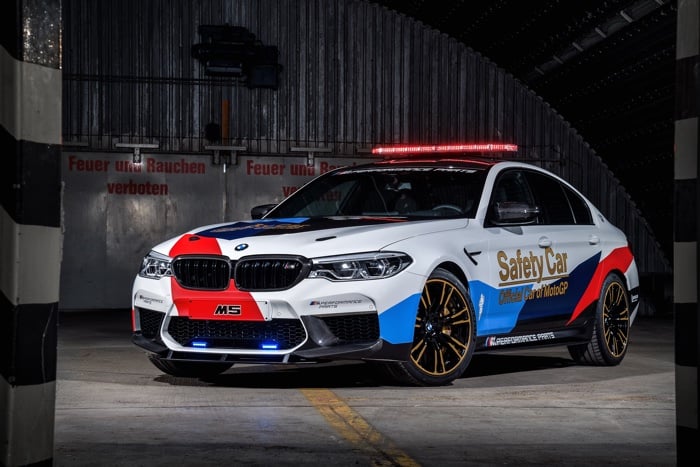 BMW has announced the launch of their new BMW M5 MotoGP safety car and the car is powered by BMW’s 4.4 litre V8 M5 engine. The car also comes with the company’s M xDrive system which is being used in the M5 for the first time.

The BMW M5 MotoGP safety car comes with 600 horsepower and 750 NM of torque, it has a 0 to 62 miles per hour time of just 3.4 seconds and it features BMW’s eight speed M Steptronic automatic gearbox. 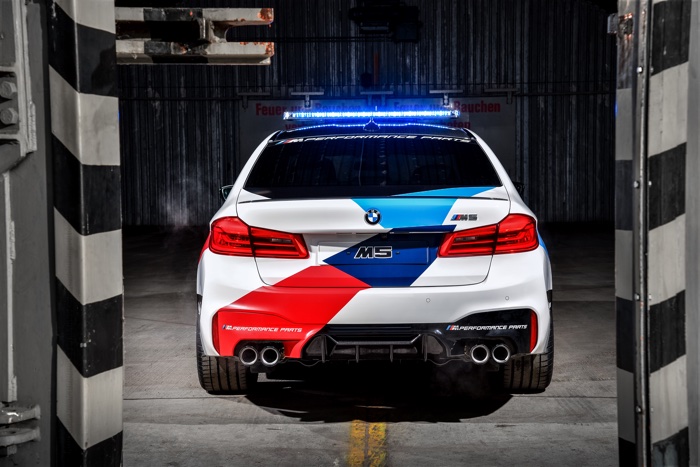 The transformation of the BMW M5 to a MotoGP Safety Car was completed by the inclusion of special racing features and the necessary safety equipment. The front splitter is a prototype developed specifically for the BMW M5 MotoGP Safety Car. The bonnet latches are taken directly from racing. The bucket seats from the BMW M4 GTS guarantee a combination of comfort and maximum security for their occupants when being in action on the racetrack. The flat light bar on the roof uses modern LED technology. It is controlled via a specially-developed cockpit panel. Another important signalling system is provided by the flashing front lights, consisting of blue LED lamps in the front grills and flashing corona rings for the headlamps. 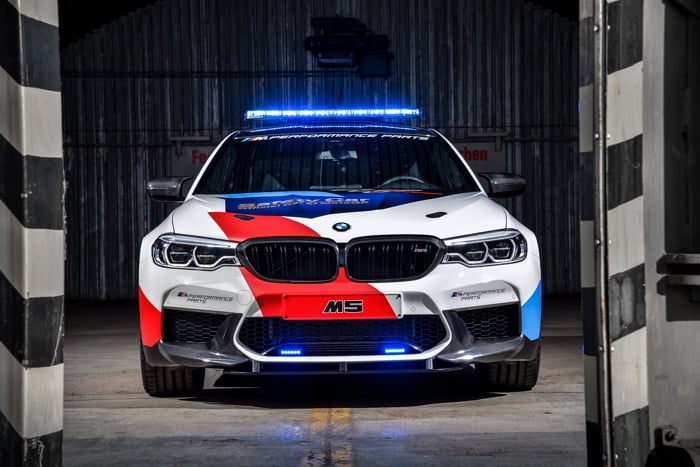 You can find out more details about the new BMW M5 MotoGP safety car over at BMW at the link below. 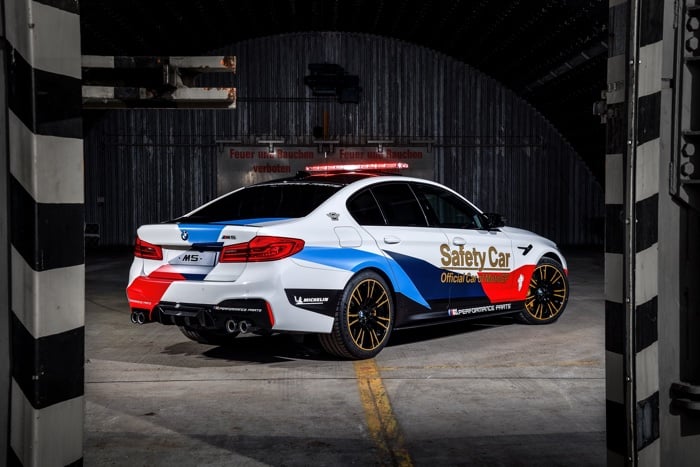