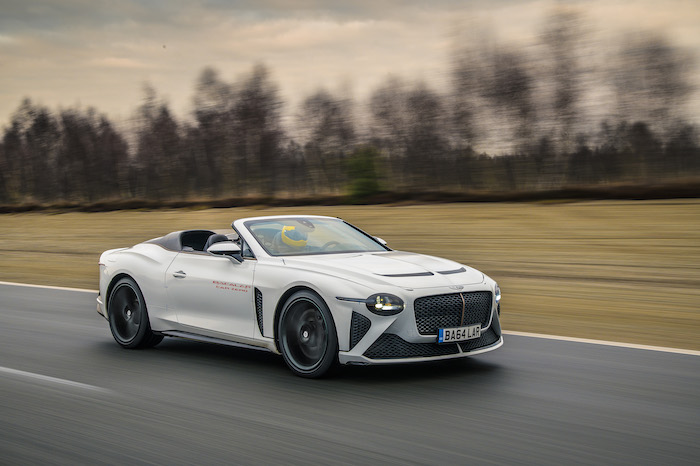 Bentley have announced that they have started testing an engineering prototype of their new Bentley Mulliner Bacalar.

When the car goes into production just 12 cars will be made and each one costs £1.5 million and all 12 have already been sold. 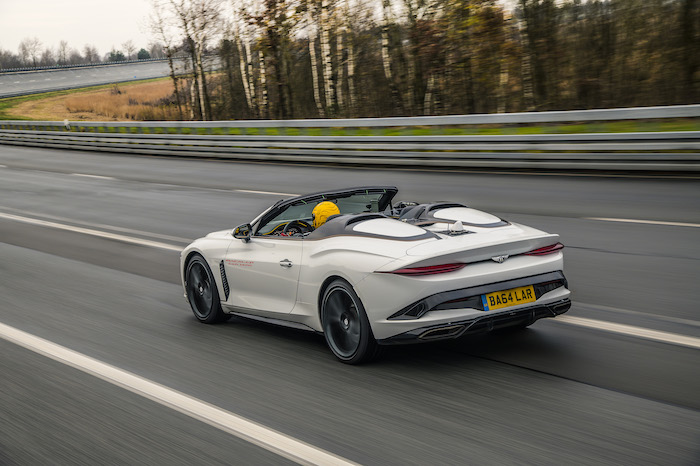 A masterpiece of craftsmanship, the Bacalar is a seamless fusion of materials with an intelligent curation of technology. It draws on design DNA and materials inspiration from the beautifully sculpted, award-winning EXP 100 GT which was crowned ‘Most Beautiful Concept Car of the Year’ at the prestigious French Festival Automobile International and ‘Concept Car of the Year’ by GQ magazine. Materials include paint containing ash from rice husks, which provides a sustainable way of delivering a rich metallic finish, natural British wool and 5,000-year-old Riverwood sourced from the ancient Fenlands of East Anglia.

The Bacalar features an enhanced version of Bentley’s peerless 6.0-litre, W12 TSI engine. The most advanced 12-cylinder engine in the world, it produces 659 PS (650 bhp) and 900 Nm (667 lb.ft) of torque. An advanced Active All-Wheel-Drive System varies the torque split between front and rear wheels. It allows the Bacalar to use rear-wheel drive as much as possible during normal driving for optimum efficiency and dynamic performance. The drivetrain is at the heart of the Bacalar, creating the ultimate open-air, two-seat luxury Grand Tourer available in the world today.

You can find out more details about the new Bentley Mulliner Bacalar over at Bentley at the link below.