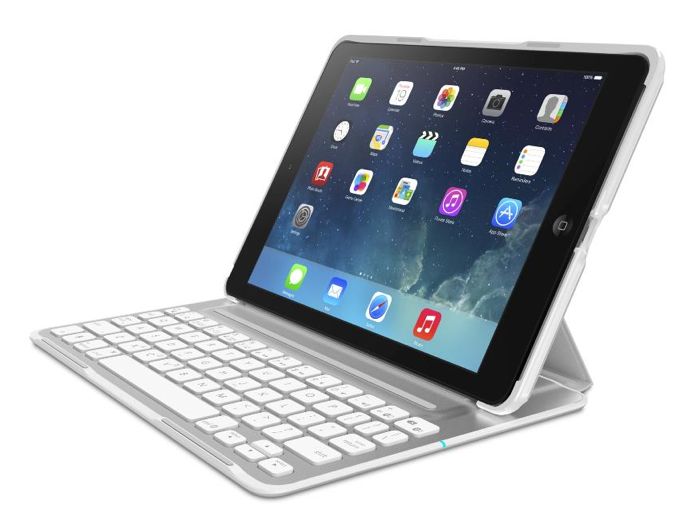 Belkin launched their QODE keyboard for the iPad Air last year, and now the company has launched a new version, the Belkin QODE Ultimate Pro Keyboard.

The Belkin QODE Ultimate Pro Keyboard is designed to be used with the iPad Air, it comes with a backlit keyboard and it can be paired with two devices at once, which means you could use it with your iPhone as well as your iPad.

“We’ve taken everything that was great about our original QODE Ultimate Keyboard and added a number of premium features that our customers have requested, including a backlit keyboard, more responsive keys, adjustable viewing angles and a removable case,” said Ana Hory, director of Belkin’s QODE keyboard business. “The QODE Ultimate Pro turns the iPad Air into a lightweight productivity workhorse, giving users a viable way to get real work done without having to carry around a clunky laptop.”

You can find more details about the Belkin QODE Ultimate Pro Keyboard for the iPad Air at the link below, the device is now available from Belkin, Amazon and other retailers for £129.99 in the UK and $149.99 in the US.