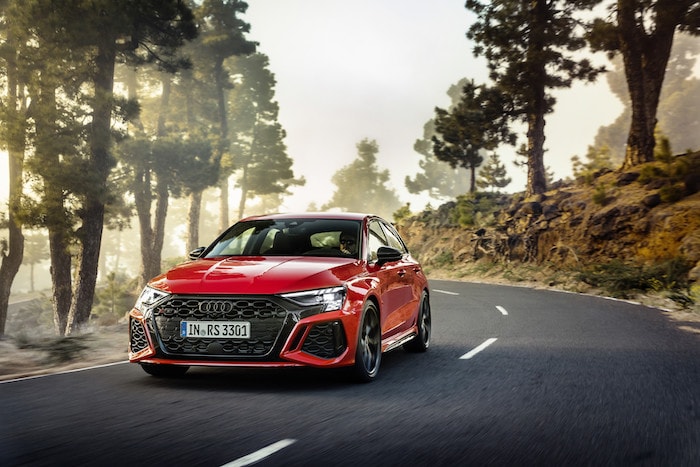 New Audi RS3 available to order in the UK for £50,900The new Audi RS3 was recently made official and now Audi are taking orders on the car in the UK with prices starting at £50,900 for the RS3 Sportback.

The RS3 Saloon is slightly more expensive with a starting price of £51,900, the first deliveries will start in November. 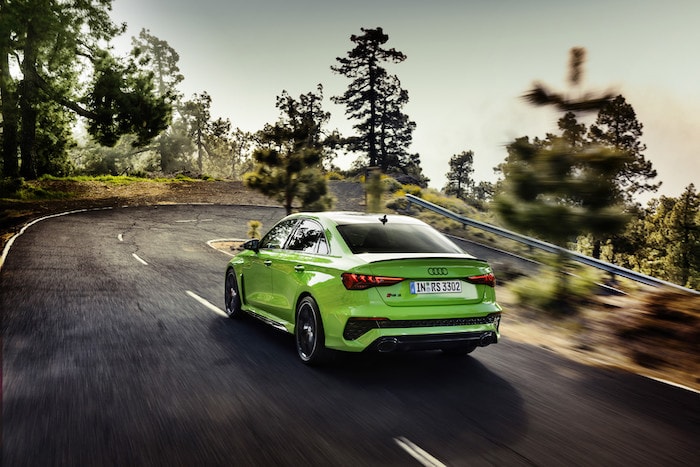 With its five-cylinder, high-performance engine, the Audi RS 3 is one-of-a-kind in the segment. The 2.5 TFSI has won the “International Engine of the Year” award nine times in a row. In the latest generation of the compact sports car, the engine is now more powerful than ever before developing 400PS and 500Nm of torque – allowing a 0-62mph sprint of just 3.8 seconds. Top speed for the standard RS 3 is limited to 155mph, but Launch Edition and Vorsprung models see that increase to 174mph. With the RS Dynamic package and ceramic brakes, customers can even reach a top speed of 180mph. This makes the Audi RS 3 the best in its class in terms of acceleration and top speed. This is primarily due to the 20Nm increase in torque over the previous RS 3, which is available between 2,250 and 5,600rpm. As a result, the Audi RS 3 accelerates even faster from low rev ranges. The engine’s maximum power of 400PS is available earlier than before at 5,600rpm and extends over a broad plateau to 7,000rpm. A new engine control unit also increases the speed at which all of the drive components communicate with each other.

You can find out more details about the new RS3 Sportback and Saloon over at Audi at the link below, Audi are now taking orders on both cars.