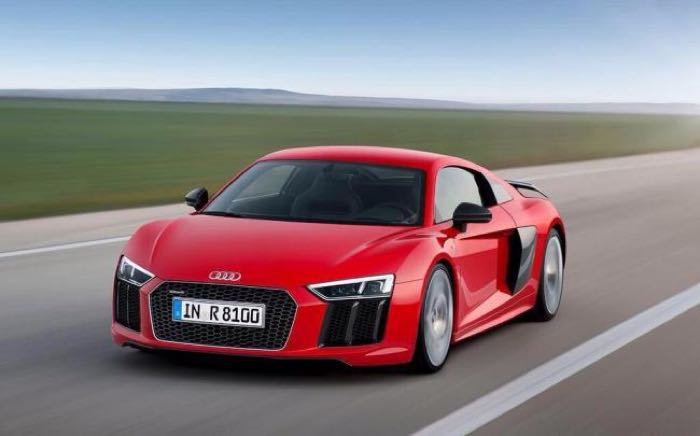 As you can see from the photo there are a number if design changes to the exterior of the new Audi R8, the headlights and front grill have a new look as does the bodykit on the car.

The photo below shows the 2014 Audi R8 so we can compare the two cars side by side and see the design changes between the current model and the new Audi R8. 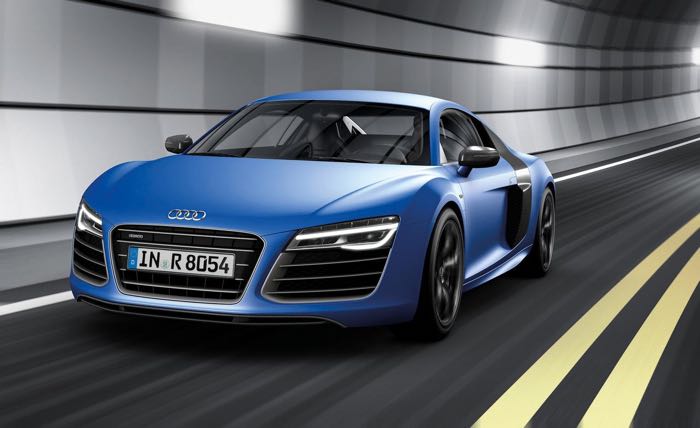 Another change is the design change to the side blade on the new Audi R8, this now only cover the lower side of the car where as the blade covered the lower and upper sides of the car in the current version.

From the first photo we can also see that their is a rear spoiler on the new R8 and the design of the front air intakes has also changed significantly, they are now much smaller than the previous model.

We will have more details on the 2015 Audi R8 including what engine options it will come with when it is made official at the Geneva International Motor Show next month.